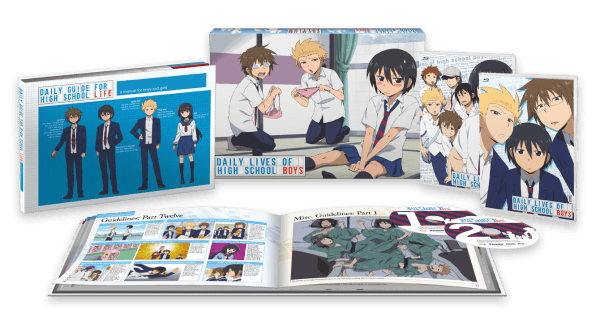 As for the anime itself, Daily Lives of High School Boys follows Tadakuni, Hidenori and Yoshitake as they go through the awkward stage of high school where each episode will place these boys and their classmates in numerous high school situations that viewers themselves may have experienced. At the moment Daily Lives of High School Boys can be picked up from NIS America’s online store for $51.99 and anyone who picks it up from their store will receive a North Sanada High Tie while supplies last.

Umineko: When They Cry coming to North America