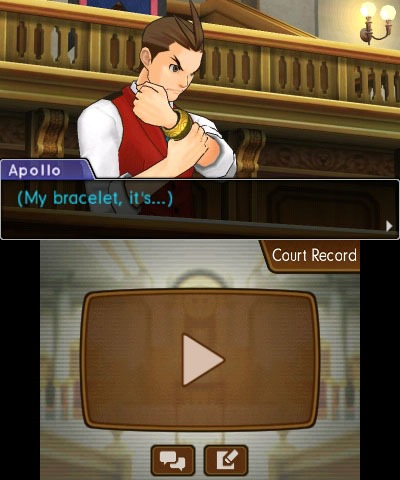 Today Capcom had quite a bit of news to share with Ace Attorney fans. Not only has the company released some new screenshots, which can be checked out below and bring up the question of whether or not having a falcon attack someone in the court room is legal or not, but they have also given Ace Attorney: Dual Destinies its final price tag in North America and Europe.

As you may already know, Ace Attorney: Dual Destinies is going to be released on the Nintendo 3DS as a digital download only in these regions and it will cost $29.99 in North America and €24.99 in Europe when it is released sometime this fall season. Since many gamers may still be sitting on a $30 credit thanks to a recent Nintendo RPG promotion, this price point seems like an ideal purchase.