On the Saturday night, we had a great opening act by 7-Bit Hero, which was quite interesting in that the artists would play live music along with their upcoming video game designed for gamers to play along with the band and undertake challenges. The next act was a band called Minibosses, which did some pretty metal covers of NES era video game soundtracks. But really, these were only lead-ups to what would be the best act of, not only the night, but of my entire life (so far).

From the get-go, The Protomen hit the audience hard and fast, getting everyone pumped up with some of their more fast-paced songs from their first album ‘The Protomen’ while ending what I would dub: The first act; with a nice Queen cover that was also featured on their ‘A Night of Queen’ album.

The (what I’ve dubbed) second act of their performance was even more epic and by this point I was absolutely hooked on The Protomen’s performance. I was chanting along with the crowd, singing along to their tunes, fist pumps to the heavens and more. 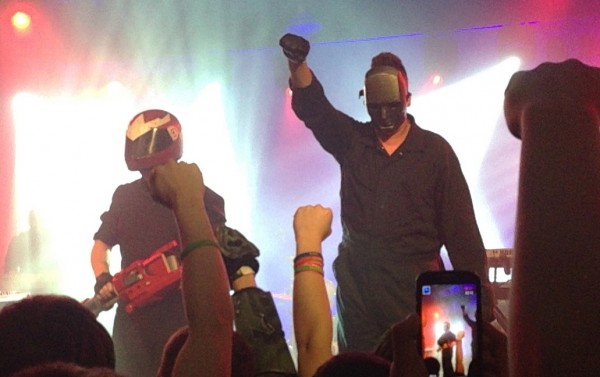 That’s what’s really great about The Protomen’s live shows, they really know how to get the audience pumped up, they get the crowd involved and because of that, you’re connected to not only the performance, but also to the overarching story behind the show. I can remember when they played Queens Bohemian Rhapsody, not only were existing fans of The Protomen singing along, but also everyone in the crowd that had yet to experience The Protomen before coming down to the show. This is only one example of getting the crowd involved, but another great example of this was when they had the crowds chanting “We are control”, or clapping along with the beats leading into some songs.

One of the things that really impressed me during the performance was the way that each of the performers were costumed on stage. While it was a little difficult to tell who was supposed to be which reploid from the Mega Man mythos, the costumes really captured the feel of the story that The Protomen tell in their music. My favourite character by far is their take on Dr. Wily; who is easily identifiable by the stylish W across his face. However, that Protoman helmet with the minigun as an aside was fabulous and you could easily tell that this was a universe where some pretty wicked stuff had been going on.

Personally speaking, the standout performances of the night were: “The Hounds”, “Vengeance”, “Bohemian Rhapsody” and the song that I believe lit up up the night, “Light up the Night”. Unironically, these are also my personal favourite songs of theirs. So I do admit there may be some bias here.

Overall, I’d say that everyone at that performance had an amazing time listening and rocking out to the best live band that I’ve ever seen. While many of us were already Warriors, after that night, everyone was a Warrior. Warriors of PAX.

Be sure to check out the official website of The Protomen, as well as their tours page to see when they’re playing near you. 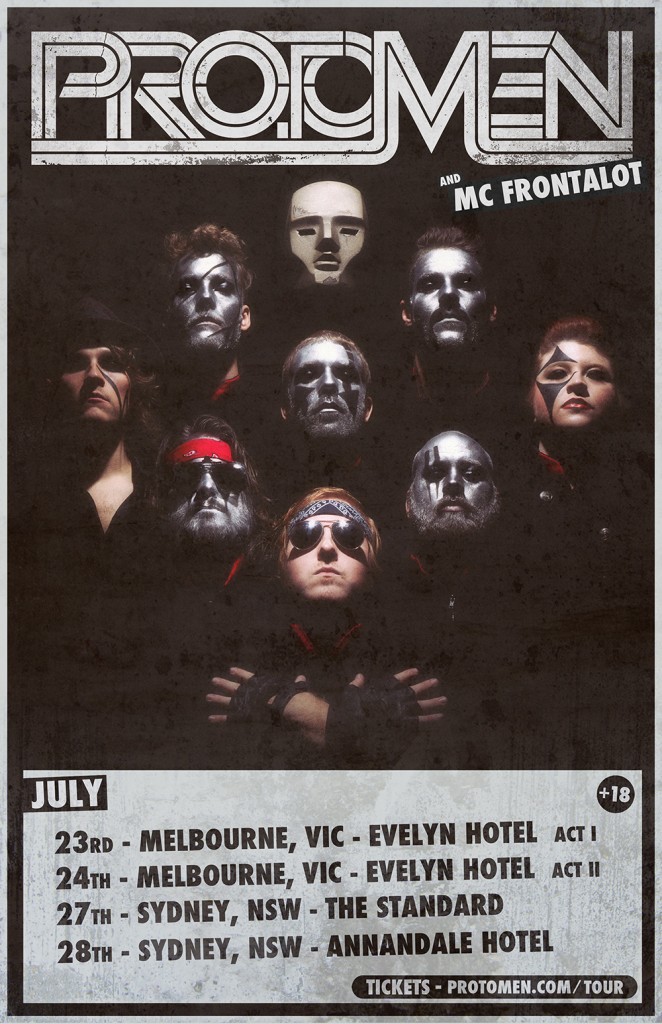