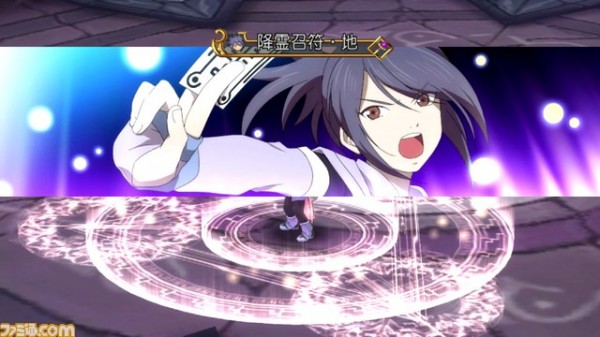 It has been revealed that two past Tales costumes will be available in Tales of Symphonia Chronicles and they will be from Tales of Vesperia. These costumes will not be sold as DLC and will instead be given to anyone who has beaten the game and goes into New Game+ Mode. It is also worth noting that these costumes can be unlocked immediately if the player has a Tales of Vesperia save file on the PlayStation 3, but sadly Vesperia’s PS3 release was never released in the West by Namco Bandai, so this limits Western players to only accessing these costumes in NG+.

Anyways, Sheena will receive an outfit based on Judith while Colette will be dressed as Rika. Images of the costumes as well as some new screenshots have been unveiled by Famitsu and can be found below.

Tales of Symphonia Chronicles to feature dual-audio in West