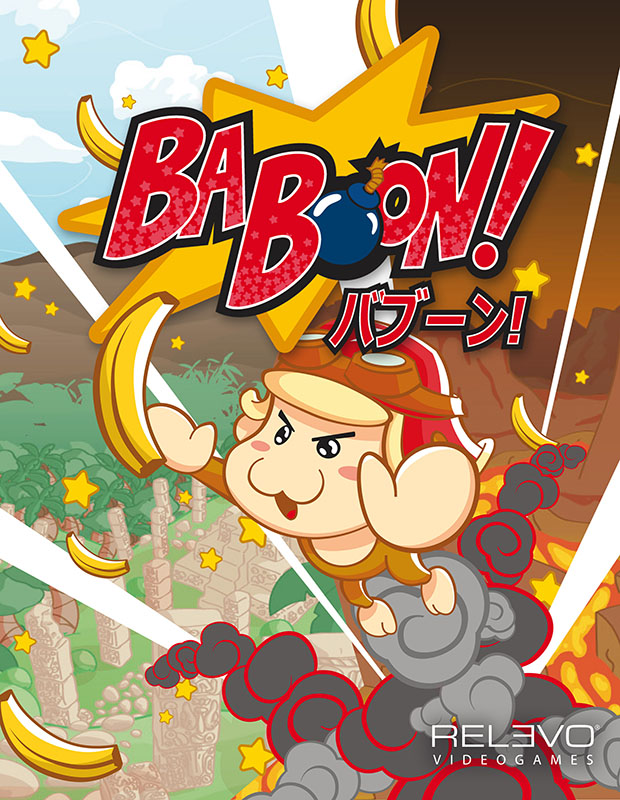 You maniacs! You blew it up!

Indie developers Relevo Videogames have become the first studio in the Basque Country to become part of the Playstation family, with the announcement of their game Baboon! for the PS Vita. The game itself originally began as a 48KB rom for the MSX System, before making the jump to the Vita.

Baboon, the most perfidious baboon inventor at little monkey’s island, making good use of his brand new invention, the anti-gravity raygun, he shot its lethal ray to every banana in the island. Now they are floating around! What can we do now? The brave monkey Tumbili did not think twice, and protected with good ol’ grandpa’s helmet, he shoots himself into his most explosive adventure!

Baboon! mixes puzzles, strategy, and fun level-playing scenes, offering depth, original characters, simple controls and non-stop fun. In game, you control Tumbili, a little monkey that bombs himself so he can proceed to the goal at the top of each stage. With different kind of bombs that have different effects in the gameplay, many worlds to explore and tons of puzzles to solve. 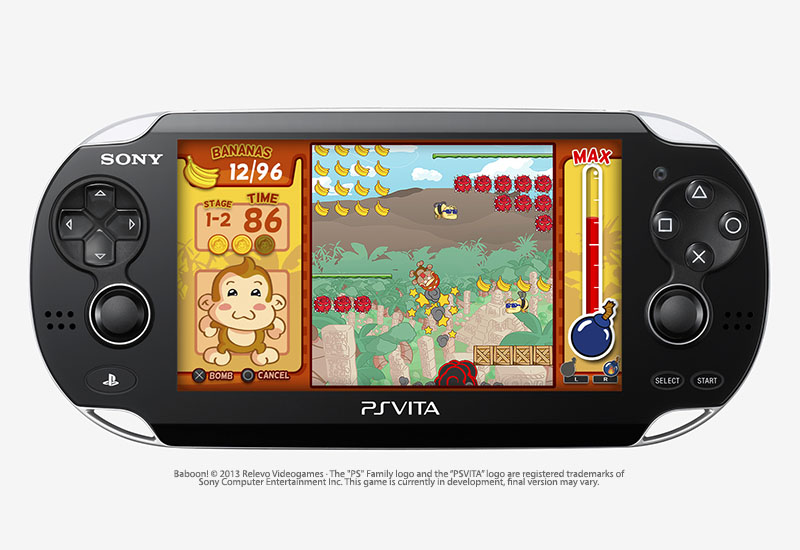 Baboon! on the go

Baboon! is set to be a fresh and funny addition to the PS Vita and is expected to be released next year. For more information, visit the official site.