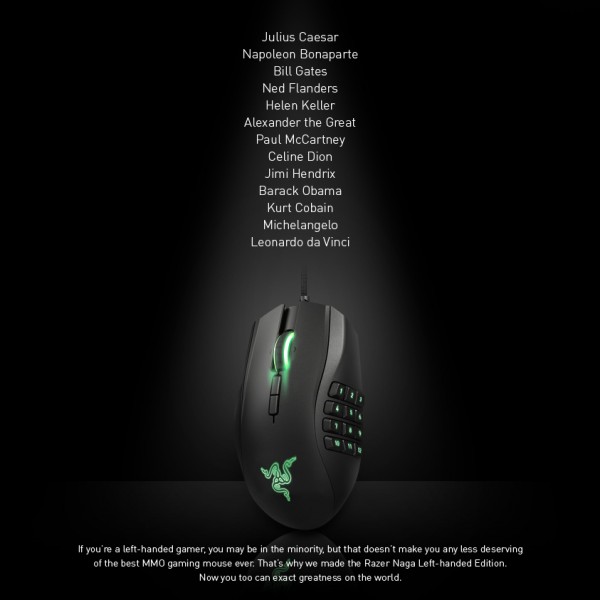 Razer is improving on their wildly popular Razer Naga MMO Gaming Mouse. The new version will feature mechanical switches for the thumb buttons, improving durability. The thumb buttons themselves have been reshaped, making it easier for players to identify specific buttons by feel. Additionally, the whole mouse body has been tweaked slightly to fit better for a wider variety of hand sizes. The Razer Synapse 2.0 software is also receiving an update, allowing the Naga‘s macro keys to be reprogrammed through an in-game overlay.

For left handed gamers who have been stuck with FPS-oriented ambidextrous mice, Razer is introducing a left handed model of the Naga, providing the same features as the Naga MMO. Min-Liang Tan, Razer’s CEO, stated that the left handed edition will most likely be a fiscal loss for the company. However, the goodwill gesture towards an often ignored population of gamers will be much appreciated by left handed gamers everywhere.