Yesterday (Sunday the 30th of June) TV Tokyo released information about the up and coming Pokemon Anime. The title of the next Season/Series will be “Pokemon XY“, pretty much exactly like the games, and will begin its run on October 17 which about a week after the Pokemon X and Y games are released (October 12). 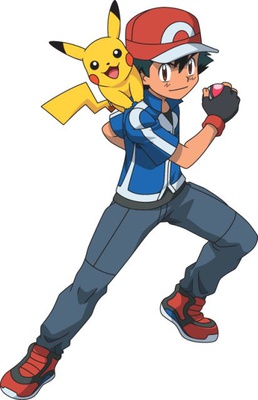 The New Design of Ash!

Ash will return as our leading man alongside Pikachu. The series is said to begin in Lumiose City which happens to be the epicentre of the Kalos Region. All the newest Pokemon will be shown and it’s implied that Ash, like all of the Series’, will be making new friends and have new companions. It’s going to be another huge adventure!

We will be seeing GoGoat, Helioptile and Noivern in an upcoming episode of the latest Pokemon series so we’re getting a fairly early look at some Generation 6 Pokemon in action before the Generation 6 Anime has been released. Some Official Artwork of the newest starters – Froakie, Chespin and Fennekin – have been released alongside the new design of Ash and it’s looking great!

Keep an eye out on the site for any and all information about the new Pokemon Series and the Games as it’s released and don’t forget to head to our comments section below and drop us a line.