Today some new details for Pikmin 3 came out from Nintendo as well as a handful of new screenshots and the Australian version of the game’s box art. For those who don’t know, Pikmin 3 is currently set to be released in Australia and New Zealand on July 27th and August 4th in North America and while a few details have been revealed already, new information has been revealed today.

Pikmin 3 will feature the Rock Pikmin that can take the most damage and smash through glass and enemy exoskeletons as well as a pink Winged Pikmin that carries things through the air and lifts blockades to unlock new paths. In the game itself players will be able to access three new characters in the form of Alph, Brittany and Charlie who must save their home planet Koppai from starvation.

As such, the three have traveled to PNF-404 in search of food and they must make use of the helpful Pikmin to survive against the hostile inhabitants of the planet. Outside of the story mode players will also be able to access a Bingo Battle multiplayer mode as well as a Mission Mode. It’s interesting to note that anyone who picks up Pikmin 3 from the eShop between July 27th to September 21st will also be able to pick up The Wonderful 101 for 30% off from the eShop whenever that is released. 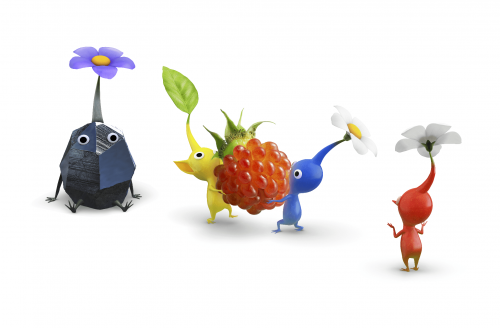