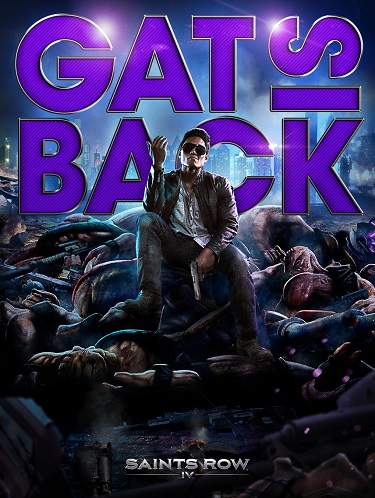 Many Saints Row fans were shocked when they saw Johnny Gat die at the beginning of Saints Row III, and if that is a spoiler then try to keep up with games a little bit more, but they were slightly pleased by the fact that he could come back as an allied zombie.

Well it seems through some manner of retconning or other method, Johnny Gat will be appearing in Saints Row IV from Deep Silver. As you can see to the right, the official Saints Row twitter has tweeted out that Johnny Gat is back and considering the amount of bodies under him, he’ll be back at full capacity.

You can check out the latest trailer for GAT below.