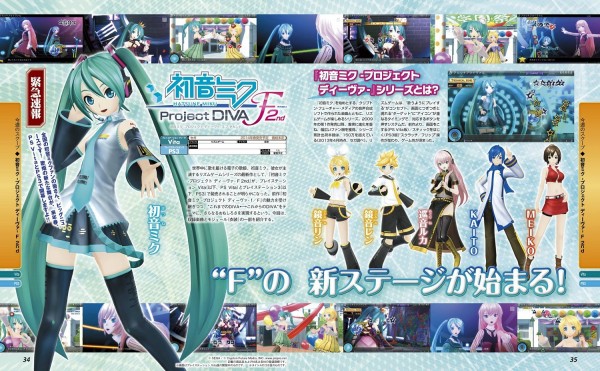 Today it was officially announced by Sega and revealed via scans from Famitsu that Hatsune Miku has yet another game in the works. This one will be part of the Project Diva line-up and will be called Hatsune Miku Project Diva F 2nd.

Hatsune Miku Project Diva F 2nd is set to be released in Spring 2014 for the PlayStation Vita and PlayStation 3. The official website for the game, which contains some screenshots and modules (costumes) of the vocaloids that will be in the game, has been launched already. Also you can check out the scans above and below for additional gameplay screens. Whether this title will make it overseas will likely depend upon the success of Hatsune Miku Project Diva F which is set to be released in the West in August. 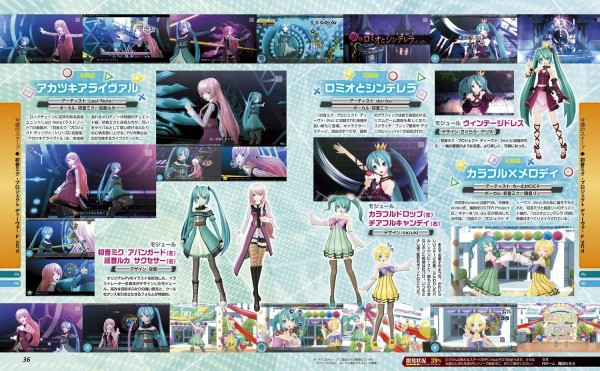