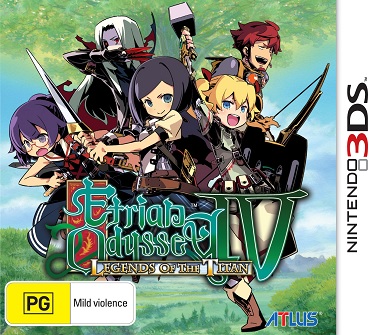 It has been more than a few months since Etrian Odyssey IV: Legends of the Titan was released in North America by Atlus USA, but until now gamers in Australia and New Zealand had no idea when the title would be gracing store shelves.

Well today it was announced by NIS America that they will be bringing Etrian Odyssey IV: Legends of the Titan to those two countries on August 29th. It will be available for both physical purchase and digital download. A demo will also be released on the eShop sometime early this summer. To see if Etrian Odyssey IV: Legends of the Titan is worth purchasing, you can find my review of the North American release of the game here.