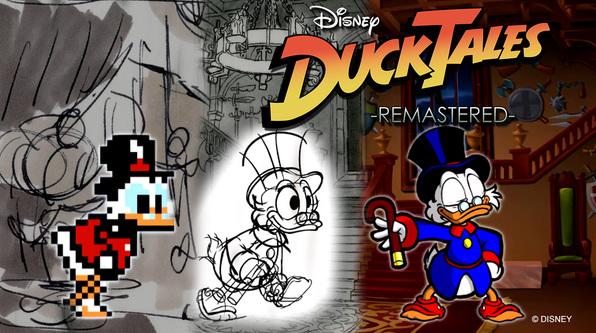 We have been waiting for it, and today – Capcom have delivered. DuckTales: Remastered now has a release date across the board, and will be launching on the PC August 11th, PSN on August 13th, and August 15th via the Nintendo eShop on Wii U. XBLA users will have to wait a bit longer, as that date has been set at September 11th. Making matters oh so sweeter is a digital boxed version that will release exclusively for the Playstation 3 on August 20th, that will come with a special edition pin and a snazzy box with that beautiful Disney art.

Can’t wait until then? WayForward have you covered as a brand new Duckumentary has been released, detailing how the art style came to be and the authentic Disney look that the final product achieved. Its an interesting clip, and you can check it out below. Just a short time now, fans of the McDuck, as DuckTales is now just under a month away from releasing. A WOO HOO!

Mighty Milky Way makes a Splash on the DSiWare; MDK 2 Returns to the Wii…