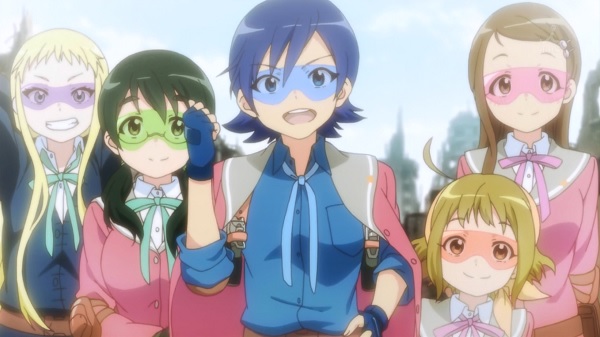 Yesterday at Anime Expo 2013 it was announced that the license to Stella Jo-Gakuin C3-Bu, also known as Stella Women’s Academy High School Division Class C3, had been acquired by Sentai Filmworks. While the company did not state whether the title would be getting an English dub, they did say they are planning on releasing it sometime in 2014.

This announcement doesn’t come as too much of a surprise, considering Sentai has previously licensed Upotte! and Girls Und Panzer, both series that feature cute girls doing things with military hardware. C3-Bu follows the story of a group of girls who take part in a club that loves survival games and uses pellet guns.