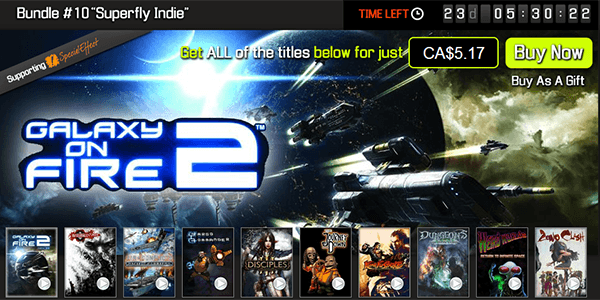 For those already suffering from withdrawal symptoms after the end of Steam’s Summer Sale, Bundle Stars has the cure! The Superfly Indie Bundle contains ten indie games for the low price of $5.00.

A portion of the profits from the SuperFly Indie Bundle will go to support the British charity SpecialEffect, which helps those with physical disabilities and veterans of war play video games.