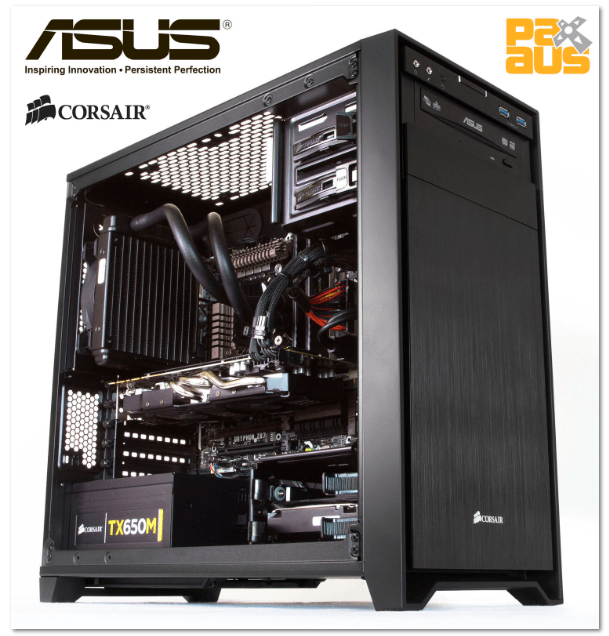 This year at the Penny Arcade Expo Australia event, or PAXAus, ASUS will be in attendance with a wide range of PC gaming machines for gamers to control of and see in action while at the event. Primarily, ASUS will be showcasing their ASUS ROG CG8565 and ASUS ROG G30 at the World of Tanks booth in the event hall. The particular machines seem pretty beastly, as this quote from the press release explains:

Built included ASUS TUF Gryphon Z87 motherboards and ASUS GeForce GTX770 Direct CU II Overclocked graphics card by Scorptec in Victoria (Value at over $2,000AUD) at the “World of Tank” stand. Scorptec will be offering PAX visitors to bring these beasts home, for just $1,599 and only 16 of them available for grab!

Also on display at the event will be the high-end machine from ASUS. This is called the ROG Tytan CG8890, and is sure to satiate the needs of all modern gamers. The following quote is dedicated to showcasing the power of this particular beast:

Lastly, ASUS will also be showcasing their G30 gaming desktop which seems to allow users to overclock without the need for a reboot. It also seem particularly powerful. The following is a quote from the press release pointing out the particulars of its power:

Not to mention the G30 gaming desktop, featuring One-click overclock full-core Intel® Core™ i7 Processor with Turbo Gear without rebooting, 4-screen display with GTX680 and incredible ASUS SonicMaster and the inbuilt lighting control aids in the change of color from standard blue to overclocked red.

This will be the first time the Tytan and the G30 will be shown in Australia, so anyone wanting to take a look at some pretty beastly machines should head down to the World of Tanks booth and check out ASUS’ offerings.