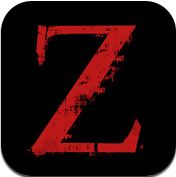 World War Z has hit this earth like some sort of plague, yes, pun definitely intended. Starting off as a book written by Max Brooks, son of famous comedic actor Mel Brooks, it has now grown into something so much bigger than just a well-written, zombie, book. With a new movie starring Brad Pitt and now a new game – Not starring Brad Pitt, I apologise ladies – World War Z is really standing in the spotlight and what a big spotlight it is. 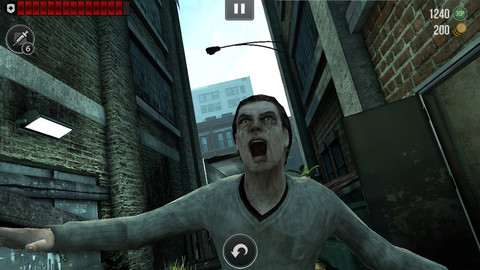 We follow the main character Doug, who is entirely different from Brad Pitt’s character Jerry in the World War Z movie, who is sitting in a bar, talking to a friend as a plane crashes right into the place which unleashes a horde of zombies onto everyone there. Doug manages to survive it because he was packing heat at the time and managed to fend them off, with your help of course considering you control him, Doug gets a call from his son Rob who lives in Japan with his mother but it seems the scourge has hit there too, Doug and his son get disconnected and that’s where the game begins. Basically this game is a big journey for Doug to go and save his son who’s in Kyoto. The thing I liked a lot about the story is that it’s not “World War Z: The Movie: The Game”, we don’t take control of Jerry from the movie, we don’t play his story, if you’ve seen the movie you’ve seen his story and they put that to bed. Instead they created a new character with a different story and a bunch of different struggles for us to get through. It is set in the movie’s universe, the Zombies are the same, the atmosphere is the same, the general vibe of fear is the same, it’s just that know we’re shown a different point of view, so to speak. Look from what I’ve heard the movie is nothing like the books, in fact, all they probably have in common is the name, the game didn’t go ahead and change it again, it didn’t go and make another universe or setting and I think it was done right. Too many times we have seen movies come into the world of gaming and fail because they’ve changed things in the story yet wanted so hard for it to be like the movie and it just doesn’t work that way. The World War Z game did it right. 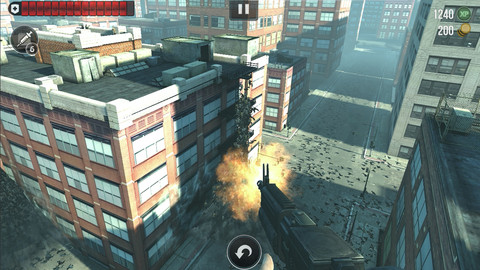 This would have to be one of the best looking games I’ve seen on the iOS. Honestly. The graphics aren’t transcendent, I’m not saying they’re the best graphics I’ve ever seen ever but what I am saying is for it to be on these types of devices and still look this good is a great feat. It’s the little things in the game that make it visually great; looking towards the sun makes the screen hard to see because of how bright it is, when the character talks the screen moves like it’s his head, it’s just those little things. The colours are great too; they’re realistic and somewhat flat but I felt like that was done on purpose as opposed to a lack of care. We are talking about an apocalypse here, we shouldn’t be expecting anything too vibrant. One thing that stood out above all else for me was the markers which show that things can be interacted with; they were nice, neat looking and noticeable without being too over the top or cheesy. 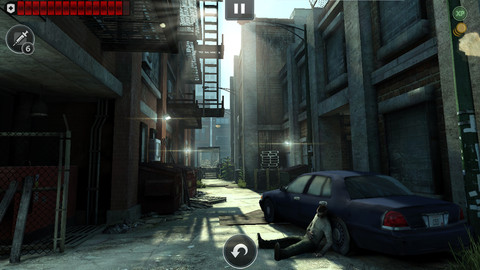 The voice acting in this blew me away. There is better voice acting in the first cut-scene then there are in some full game titles. The zombies groans and grunts were very basic but you really couldn’t hear them over the gunshots which happened to also be very good and quite accurate. There wasn’t much of a soundtrack at all, basically it was just intense music during action scenes and levels where you were fighting the zombies but once again I can’t help but think that was on purpose because it gave off a damn scary vibe. Having a quite room and just hearing the “boom, boom, boom” of a zombie hitting a door somewhere is kind of spine chilling. 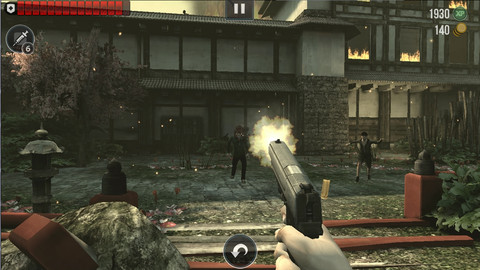 The gameplay style was a mix of a point and click adventure game and a “House of the Dead”-type shooter. When you weren’t fighting the zombies you were clicking on the ground and getting him to move there, looking through desks and on the walls, having to sift through papers using the touch controls to find exp points and what not. When the action starts you are stuck in one place as you aim at the zombie and let the auto-fire work it’s magic. There are melee fights too which, while good, I felt like they were a bit hard to pull off and it made me extremely frustrated when I could unload an entire handgun into a horde of zombies and kill them yet I couldn’t fight off one zombie with a crowbar. The good thing about the shooting gameplay is that it is interchangeable, you can swap how you control Doug in a few different ways just mixing and mashing until you find what suits you. Unfortunately you can’t do that with melee fights. There’s a bunch of weapons and upgrades to unlock and buy through exp. points which is a great help throughout the game. There’s also a “challenge mode” in the game which is basically as close as you’re going to get to a horde mode in the game. The great thing about the challenge mode is that, essentially, you use it to grind experience points quickly just so you can jump back into the campaign and blast your way through what was initially hard. I wish a lot of games had something like that. 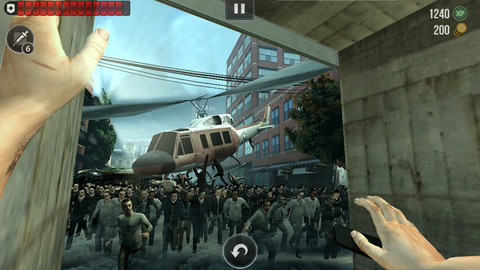 For the price that it’s being sold for this game is definitely a winner. Fact is; as much as this game is for the hardcore players Phosphor have made it so that even us casual iOS gamers can have a it down and kill a few zombies to pass the time. Good graphics, good story, good voice acting, good God just go and get the game! The only thing I can say is; unless you’re a die hard fan of zombies or World War Z don’t get this unless you own an iPad of any kind. It’s good on the iPhone or iPod Touch but I found that had I played it on the iPad which is substantially bigger and clearer I would’ve enjoyed it a whole lot more. Still for $4.99 just try it out, it won’t do you any harm and the game is good enough to keep you there despite what you’re playing it on so check it out.