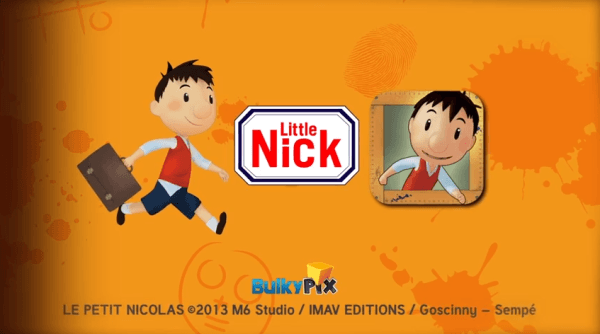 Originally imagined and written in 1959 by René Goscinny and illustrated by Jean-Jacques Sempé, the book series has sold over 15 million copies worldwide, having been translated into 45 languages in the process.

Based on those best-selling books from Goscinny and Sempé, Little Nick: The Great Escape is a 3d runner based on the design of the animated series. Little Nicholas is up to mischief again, and he’ll have to use his bike to get away from Old Spuds. You’ll travel through different neighborhoods in the city with Little Nick and his friend in the crazy chase!

Feature of the game include:

The game is available today for iOS and Android for $1.99 (1.79€) . For more information, be sure to check out BulkyPix’s website here, and check out the trailer below this article to see it in action!