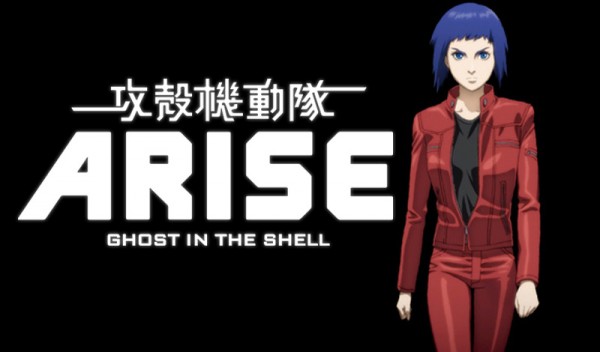 The North American distributor of anime, FUNimation, announced on Friday that it has acquired the license for the new and upcoming anime series Ghost In The Shell: Arise. The series will be released on Blu-Ray disc and will have English Subtitles considering there is no English dub cast. It will also come with a few extras like; a Japanese O-Card, film strip and an English-translated art booklet. Later this year FUNimation plans to screen the first two 50-minute parts of the four-part anime in a limited theatrical run.

The four-part series is meant to serve as a sequel to the original Ghost In The Shell: Arise manga. The world is still, more or less, the same and the characters we all saw in the previous anime series’ are, for the most part, still in it.

The story is set in the year 2027 following the fourth non-nuclear war. A military officer implicating in arms-dealing bribes is gunned down and the team at the Public Security Section 9 are sent to deal with the investigation. Daisuke Aramaki, one of the agents from Section 9, encounters Motoko Kusanagi who is a cyborg hacker assigned to the military’s Secret Unit 501. The story continues on from there getting deeper and deeper, spiralling into God knows what. Much like all other Ghost In The Shell story lines.

Go and check out our featured video section below to see the short teaser and 9-minutes of footage from the first episode. Don’t forget to hit up our comments section below and drop us a line.

Ace of Diamond confirmed for 52 episodes