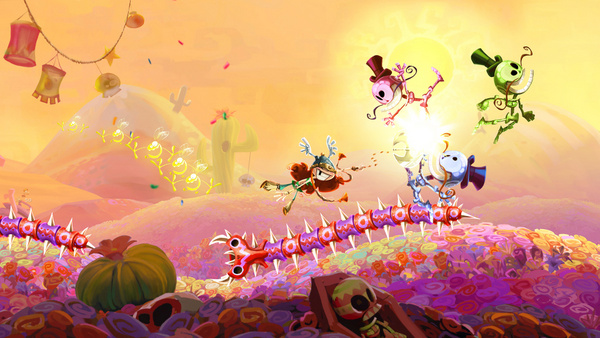 Ubisoft released a new trailer for Rayman Legends featuring the Mariachi Madness musical level. The trailer shows off some of the rhythmic gameplay set to relaxing mariachi music. The developers have crafted the map to time player’s movement and punches to the rhythm of the traditional Mexican folk music. Players will have to dodge a variety of new enemies in the level, including Mexican skeletons. In addition to the trailer, Ubisoft released three screenshots of the upcoming Mariachi Madness level.

Rayman Legends is the sequel to Rayman Origins. The platformer will be released on September 3rd, 2013  in North America and on August 30th,  2013 in the rest of the world for PlayStation 3, Xbox 360, and Wii U.

Ubisoft Expanding To The Middle East