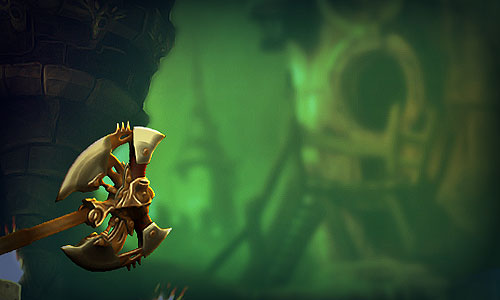 Black Forest Games, the indie studio that brought you the lovely Giana Sisters: Twisted Dreams in March, has begun teasing their next project called Ravensdale.

Heralded as their next Kickstarter project, the team will be releasing one image that’s part of a bigger picture over the next eight days leading up to the reveal on May 30. The formal announcement will be held on June 1 at RPC Cologne.

As you noticed, the first puzzle piece is that hefty big axe up there which suggests a fantasy or medieval setting for the game. The gritty title is described as a “over the top smash em’, shoot em’, bash em’” co-op multiplayer platformer. Be sure to keep an eye out as we reveal more of Ravensdale in the coming days!