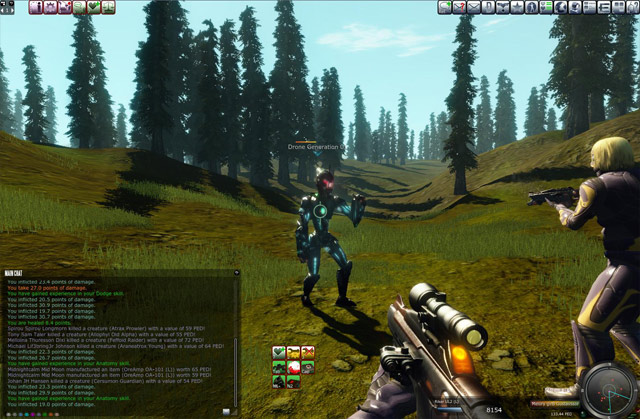 In a world where a Massively Multiplayer Online Real Cash Economy is an actual thing, you can imagine that there has to be a number one, a top dog just like in any economy. This honor is currently held by MindArk AB, the absolute largest operator of any MMORCE, and they have announced something a little hard to believe. A newly discovered moon in their title Entropia Universe for PC has sold for 1.5 million PED, the in-game currency, which translates into a whopping $150, 000 real currency.

This may sound like a waste of money for an in-game item, but bidder Jan Terje Egeland sees it as an investment like any other. As with a real land investment, Egeland will get a return through revenue sharing with the developer on any and all activity on his moon; i.e. other players uses, recruiting other players and gaining revenue that they produce in the entire game universe. And as a glimpse into how they work with players, he will also work with MindArk on the development and design of Egeland’s moon.

Once his investment, named Monria, is up and running, he will assume the role of operator and the surface will have caves with unique minerals, lunar command and habitats and can be expected to be open second or third quarter 2013.