U.S. data collection company Superdata has crunched the numbers to reveal the health of the video game industry. While the numbers are for the U.S. only, it’s fair to say the results will impact gaming globally. So broadly speaking, what do the numbers look like?

On the plus side March showed an increase of 2.9% month-on-month dragging the annual numbers up 1.3% year-on-year after February’s decline. This increase is due to sales reaching $875 million in the U.S. alone for March. Unfortunately this has been balanced off by social gamers tuning out as time passes on the bigger titles. The data shows that it’s the casual gamers ditching the joystick as conversions and revenue per user are up.

Free-to-Play MMOs are still pulling in audiences, with an extra 3 million players joining the fold in March. Monetisation is improving with time as well with revenue in the sector increasing by $195 million. Hawken and MechWarrior Online are currently doing a lot of the heavy lifting in the sector.

Despite Pay-to-Play MMOs losing badly, having dropped 289,000 subscribers in the last month, revenue is stable at $86 million. Further decline is projected in April.

Mobile gamers are starting to show a disinterest in the platform but revenues are still strong in the ever expanding mobile platforms. A 7% year-on-year increase in revenues has converted into a pay day of $157 million for the sector this month.

Downloadable PC and console games are doing the largest amount of leg work for the sector. Of the $312 million revenue generated in March, equalling a 19% increase from last year, Bioshock: Infinite and Tomb Raider by themselves account for 9% of total growth.

That’s it for the numbers. Unfortunately the industry has seen better days but these numbers are still healthy; even if they do indicate negative traits that we’ve seen in the gaming world.

The Conclusion to The Final Hours of Tomb Raider 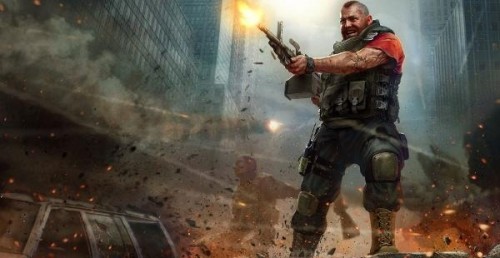