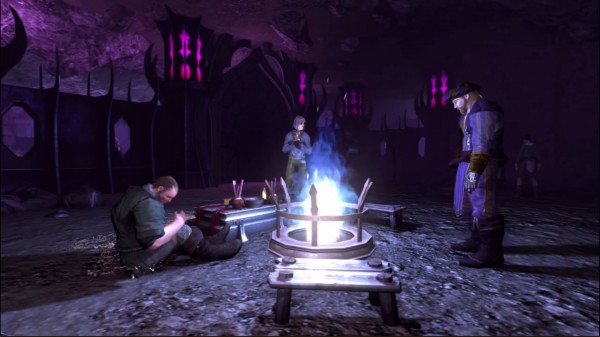 This previous weekend marked the final closed beta event as the game’s founders tested a nearly finished version of the title. With April 30th nearing for the open beta, Cryptic Studios and Perfect World Entertainment are happy to release a lore trailer concerning a peculiar sector of Faerûn – Rothé Valley. Once occupied by peaceful farmers, an upsurgence of dark elves quickly defiled the land’s serene nature. None other than the House Xorlarrin is responsible for this undoing as innocents are either made into slaves or given as sacrifices to the their vile goddess Lloth.

Neverwinter Lore: House Xorlarrin is the same drow house that initiated the capture of Gauntlgrym – the ancient dwarven complex that houses the primordial forge. Perhaps the inclusion of House Xorlarrin in Neverwinter Online will provide a deeper adventure in the recently overrun dwarven stronghold.

Check out the trailer below to see some interesting visuals and future battles to come! Also feel free to look at other Neverwinter trailers such as The Devoted Cleric and The Great Weapon Fighter.