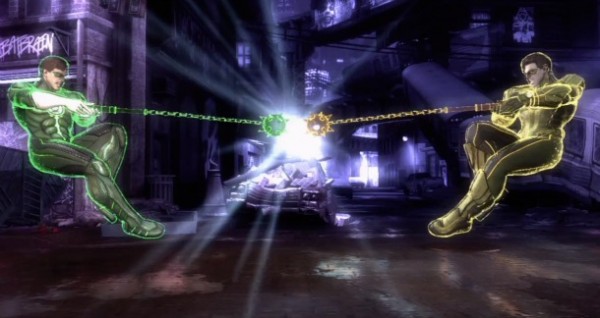 Warner Bros. Interactive Entertainment and DC Entertainment have today released an all-new trailer for Injustice: Gods Among Us focused on Green Lantern’s personal struggles during the rise of the Regime.

Set for release in Australia on the 17th of this month, Injustice: Gods Among Us‘ story mode promises to shake the foundations of the DC Universe and create the ultimate confrontation. Spearheading this war are the leaders of the opposing factions – Batman (The Insurgency) and Superman (The Regime).

Unfortunately for Hal Jordan, he comes face-to-face with the ultimate foe. A sworn intergalactic defender of the innocent, within the story of Injustice: Gods Among Us, Hal Jordan is forced to clash with a carbon copy of himself…one powered by the yellow light of fear. He states in the trailer; “My oath says that no evil shall escape my sight. So what happens when that evil is me?”

Check out the baffling trailer below. We have our copy of the game, so you can expect our review in the coming days. Stay tuned.

The Final Week of Injustice: Gods Among Us’ Battle Arena, Round 1