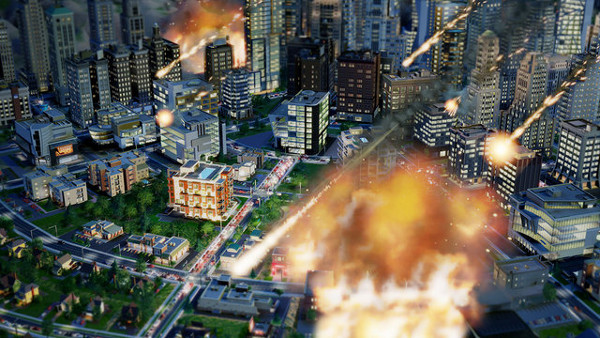 It’s been a hell of a weekend for all those wannabe urban planners who have been subjected to SimCity’s DRM failures. The first release from the SimCity franchise since ‘SimCity 4’ in 2003 has been plagued by inadequate server space leaving vast swathes of players getting error messages since the day it came out.

Lucy Bradshaw, the General Manager of the Maxis label put out a press release detailing the issues and their response. Essentially the game was more popular than they expected and players were playing the game in unexpected ways. In essence they’re saying they had no idea how many people bought the game, and those people were playing the game wrong.

There is a silver lining to the failure however. No, they aren’t removing the always online element. They’re giving away 1 title from the EA library to those impacted by the issues. Players who signed up before a certain date will receive an email detailing how to claim the game. The only thing to put EA and Maxis back into our good graces here isn’t the free game in my opinion. It’s that they admitted that they were total douches about it:

I know that’s a little contrived – kind of like buying a present for a friend after you did something crummy.  But we feel bad about what happened.  We’re hoping you won’t stay mad and that we’ll be friends again when SimCity is running at 100 percent.

Contrived? Yes, but it’s better than telling us to suck eggs.

Gamers Opt Out fight back against EULAs