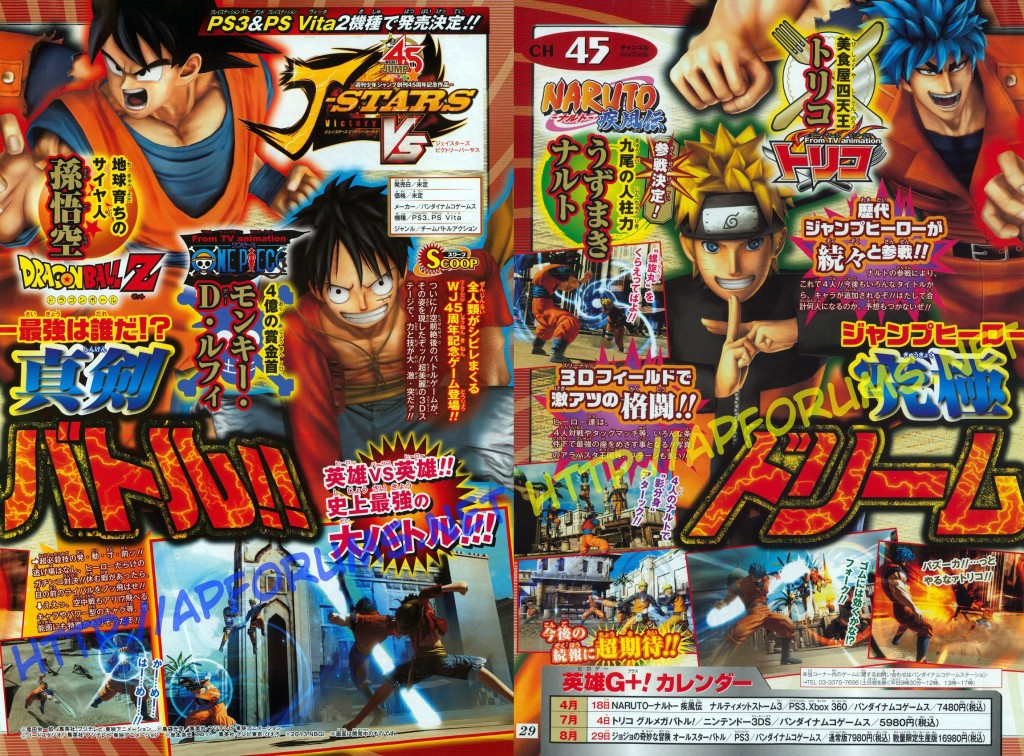 Today it was revealed in the 18th issue of Shueisha’s Weekly Shonen Jump magazine that not only has Project Versus J been given an official title, but a popular character has been confirmed for the game’s roster. Project Versus J will be called J-Stars Victory VS. and as you can see in the scan above (click image for full size), courtesy of APForums, Naruto will also be a playable character in the game.

Naruto joins the ranks of DBZ’s Goku, One Piece’s Luffy and Toriko from Toriko. As for the game itself, it is set to be released sometime this year for the PlayStation 3 and PlayStation Vita and will allow players to fight against one another with a tag-team of popular Shonen Jump fighters where up to four people can play at one time.