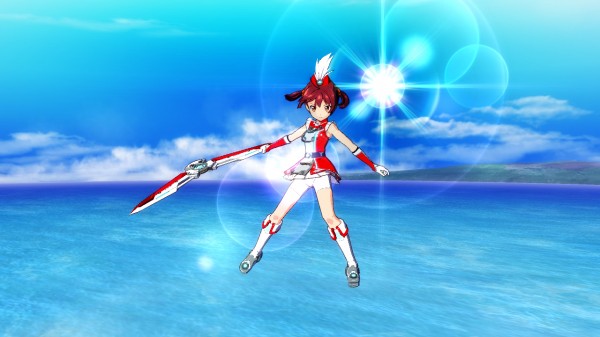 Today a few new screenshots of Namco Bandai’s upcoming video game adaptation of the Vividred Operation anime have been revealed. We’ve previously seen a few of these images but a number of new ones have been released, including ones showing off the boss enemy which appears in the first episode of the anime.

Anyways, these screenshots continue to only show off Akane Isshiki, though it should be assumed that the rest of the girls will also be playable once the title is released eventually. In case you didn’t know, Vividred Operation takes place in a world where aliens called “Alone” have invaded the world and the only ones who can fight against them are flying girls that have close-up camera angles of their thighs and butts.