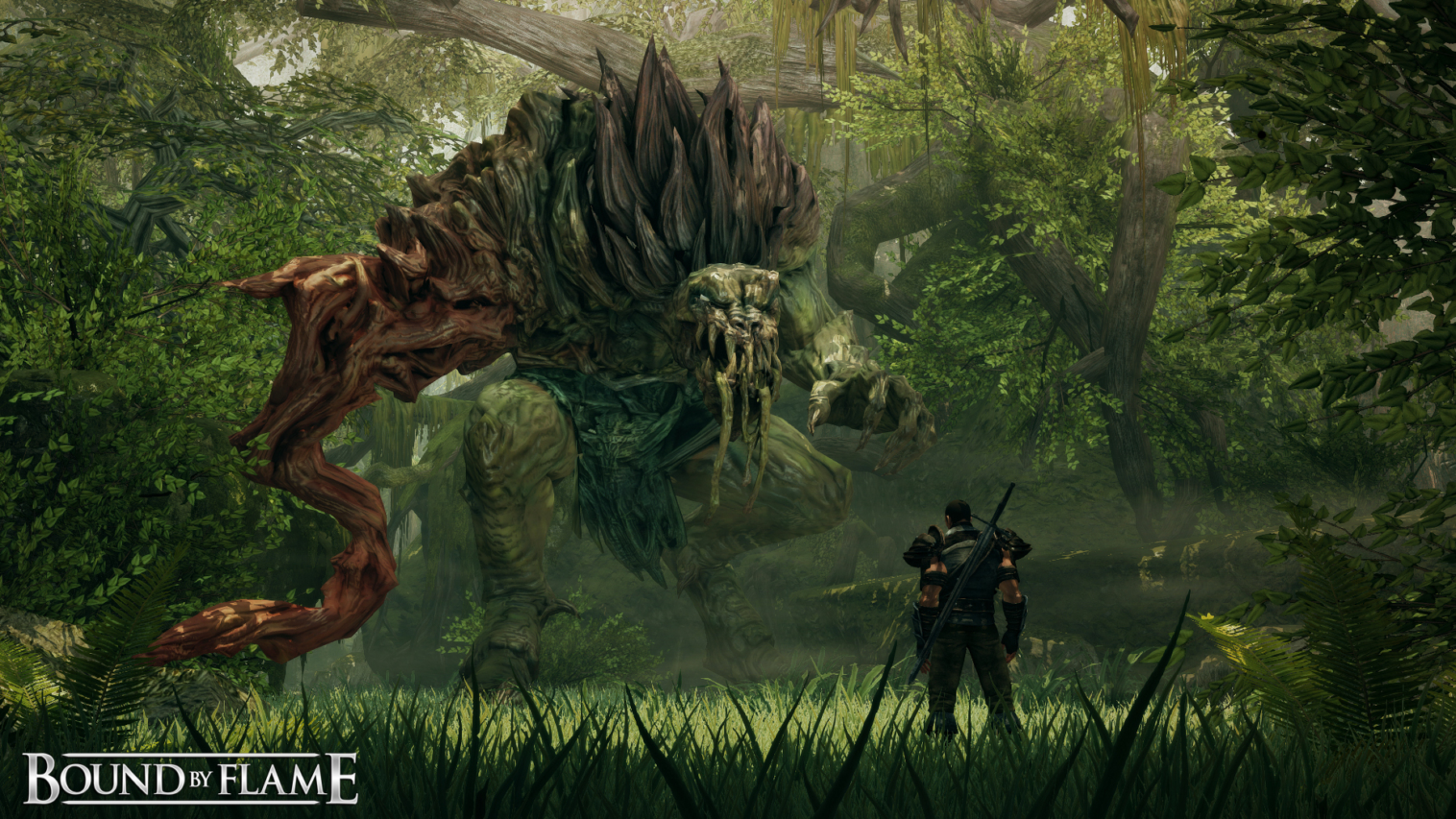 As Spiders Studio is nearing the release of Mars War Logs they and publisher Focus Home Interactive have thought now is the perfect time to announce their next game.  Intended for release before the end of the year, Bound by Flame is an Action RPG with a main character possessed by a flame demon.  The kicker?  It is up to the player if they will sell pieces of the character’s soul in exchange for power or maintain piety for heroic traits instead.

Players will have a lot of choices as not only will they decide from giving into temptation, but also full customization of the main character from gender to facial features.  Players will also have three skill trees to decide how they want to fill them, but should have plenty of chances to try out different ways as choices in the game will impact how things will play out.

Bound by Flame also allows players to craft and improve equipment, such as weapons and armor to ensure they are exactly how they want them in order to combat the vast bestiary, which will include a great variety of creatures to face.  From shadow dragons, to liches, to ice creatures to name a few, as well as the Swamp Beast which can be seen in the picture above.

While they are a little short on other details currently there will be plenty of time to show off much more of the game in the intervening time.  Bound by Flame will be released for Xbox 360, PS3, and PC at the end of 2013.