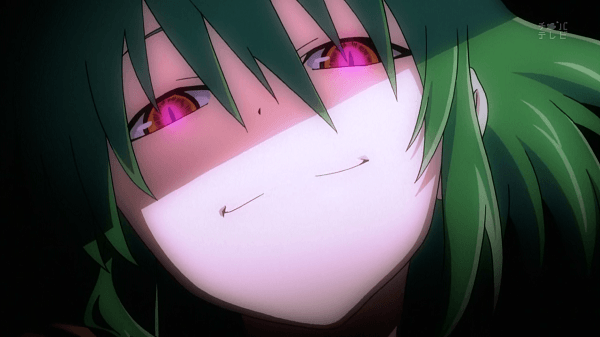 There are so many anime out there but there are even more anime girls. In what is going to become a weekly segment here on Capsule Computers I will be taking one anime girl from a currently airing anime series and shining the spotlight on them as well as share various official and fan made images of the selected anime girl.

Hikage is a third year student at the Serpent Academy for Girls and is one of the school’s elite five. She rarely displays emotions, the cause of which may be due to the fact that she grew up as a child soldier and was trained to be a fighter since she was born, still she finds it difficult to find any motivation beyond simply finishing her mission. Besides her past as a child soldier, little is known about what led her to join the Serpent Academy, though of the elite she is the most serpentine both in appearance and mannerism. Whenever she battles against the light ninjas, she is usually paired off against Katsuragi who sees Hikage as her rival, though Hikage does not feel this competitive connection.

As far as the anime itself goes, FUNimation is currently streaming the series and owns the license while the games have not been announced for localization at this time. 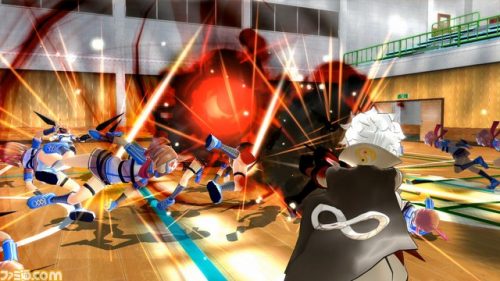