After a great opening round of battles in Batman vs. Bane, and Wonder Woman vs. Harley Quinn, the second week of fights are no joke either.

Firstly, if you’d like to know (and see) who was victorious in the above-mentioned match-ups, check out the battle videos here. Now, for this week, there are some truly dynamic match-ups at hand. The first pits the fastest man alive, The Flash, against the mystic Shazam. It is an intriguing bout as Shazam also possesses super-human speed, channelling the powers of the Roman God Mercury – although Flash still edges him out in that department.

The second battle is reminiscent of last week’s between Harley Quinn and Wonder Woman. This time it’s the mentally deranged The Joker against the intelligent and powerful (with his battle-suit) Lex Luthor. At first glance, you would say that this is a mismatch; Lex has a heavy arsenal of weaponry at his disposal and enhanced strength, but The Joker is wily, cunning and persistent. He’s not afraid to fight dirty too, and would have the advantage in the agility/speed conversation.

Check out the video below, which sets up the battle and features some man-on-the-street opinions as well as that of CW’s Green Arrow star Stephen Amell. Visit injustice.dccomics.com to cast your vote and also check out the celebrity opinions from Kevin Smith, Jason Mewes, Tara Strong and Wayne Brady.

CBS’ Supergirl Gets an Extended Trailer 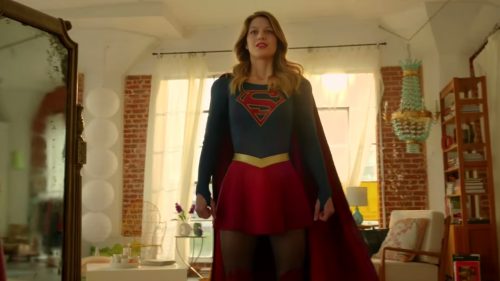