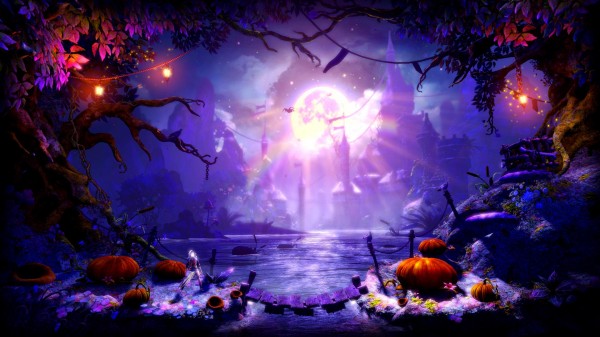 Chin up, Aussies. After a bit of a wait, Frozenbyte have come forth with Trine 2: Director’s Cut for the Wii U, which will be launched at 25% off it’s retail price. Along with this announcement comes an apology from the developer, who are more than sorry for the hold-up.

“I apologize for the delay on behalf of myself and the whole team,”
says Joel Kinnunen, Vice President and Senior Producer on the game at
Frozenbyte. “The blame for the delay lies solely with us, as we simply did
not submit the required age rating information in time to make the
Australian launch. Now that the launch is upon us, we’ve given the game a
launch discount of 25% in part to apologize for the long delay.”

“Game development is often very hectic at the end, and we made a conscious
decision to make sure that we get all the required bits done for the North
American and European releases. We felt like we didn’t have time to focus on
the Australian age rating process because we weren’t very familiar with it,
and it ended up being pushed to after the release submissions.”

“The sad part is that the work we needed to do for the Australian age rating
submission took roughly an hour. So one hour of time saved ended up causing
a lot of frustration to us and all the gamers down under, and we understand
how difficult the wait has been. In hindsight it ultimately boils down to
one bad decision on my part and I’m deeply sorry about that!”

What a top company, as it takes a lot to own up to a delay, and not pan it off on the platform itself.
Trine 2: Director’s Cut is released at the regular eShop update time on Thursday/Friday, which translates to 1 am (AEST) on February 1st in Australia, and at 3 am (NZST) on February 1st in New Zealand. Trine 2: Director’s Cut is regularly priced at AU$19.99 in Australia and NZ$24.99 in New Zealand, but keep in mind that the game will be discounted for a short time, so get in early to get a nice deal. If you are on the fence, don’t be. Queue up that download and check out our own review here.