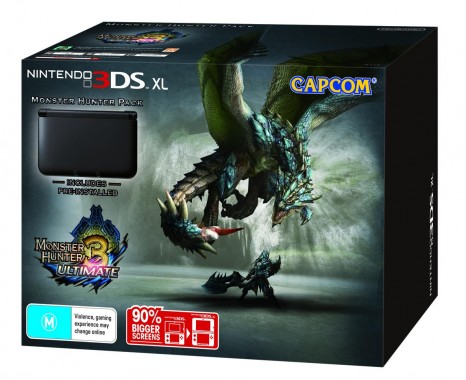 You probably know by now that Monster Hunter 3: Ultimate is coming very soon for the 3DS and Wii U, and features the ability to let players cross platforms with their characters. If you own one platform, but not the other – Nintendo and Capcom have some nice news for you.

Nintendo of Australia are releasing two bundles for the game, which are the Wii U Limited Edition Monster Hunter 3 Ultimate Premium Pack (that features a black Wii U console, a black Wii U Pro Controller, and a copy of the game) as well as a 3DS bundle for that version, which will come pre-installed on a black Nintendo 3DS XL. 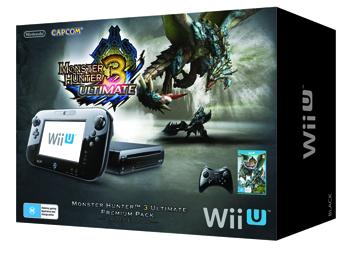 Pretty good news, I’d say, and a new color of the 3DS is born. Monster Hunter 3: Ultimate is due out March 23rd for the region and launching on the 19th of the same month in the states, so mark your calenders and get ready for the hunt.