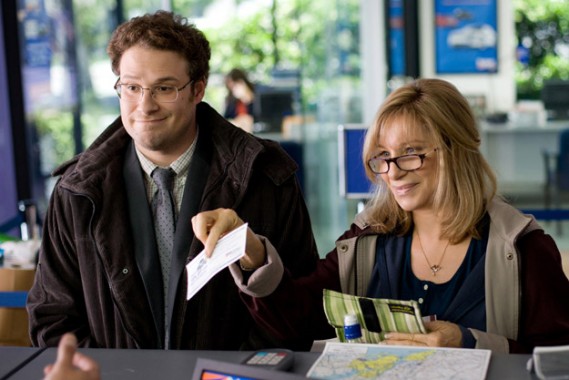 The Guilt Trip is releasing here in Australia on January 24th, and this new clip, called “Legend Couch” features the legend herself, Barbara Streisand, and co-star Seth Rogen (hardly a legend), sharing some banter as they introduce the teaser trailer for the film.

We have previously shared the full-length trailer for the film, which you can view here, as well as some other freshly released clips. “Legend Couch” can be viewed below. And remember, for all your Guilt Trip needs, head over to, and ‘Like’, the official Paramount Pictures AU Facebook page.

New Clips From ‘The Guilt Trip’

‘Dinner With Friends’ in The Guilt Trip