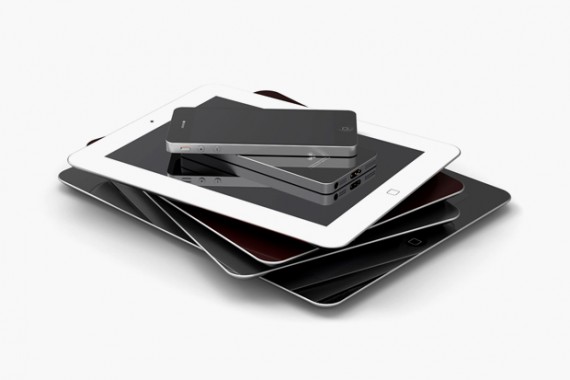 Every time my boss suggests (aka “orders”) that I should write up some news bit on some new speculation of some new iDevice from Apple, I dig in my heels and try my best to avoid writing the piece. Why? Because speculating about new iDevices is a terrible waste of time. Here are some inescapable truths about life.

We really will not know anything with a relative amount of certainty about Apple’s new devices unless it is accidently left in a bar or the Chinese manufacturers start leaking pictures of parts on the internet. Cuppertino is a notoriously secretive workplace and that just drives people nuts. So instead we have to deal with constant speculation like this article from the Wall Street Journal. They can almost always be summed up as the following:

An unnamed insider has disclosed to <news source> that Apple is working on a <new iDevice>. This <new iDevice> will be capable of <reasonable claim>. Apple has refused to comment.

Throw in some random facts about Apple and their past actions and suddenly we have an article with a ton of hits for a slow news day that is about as accurate as having a monkey fling poop at a wall with pieces of papers with possible predictions for new iDevices.

So why do we fall into this trap? Probably because what we can imagine about the new iDevice is a lot more interesting than reality. Even as a lover of iDevices, I have to admit the amount of innovation has not as been as flashy or ground breaking in the last few years. The iPad was a slow burn device that started as a big fat meh that turned into a game changer after some time in consumer hands. Lately the yearly iPhone releases have been incremental updates that provide more CPU power and some pretty boring tweaks and additions. Siri turned out to be more of an entertainment utility that left people outside of the USA in the dark, Apple Maps turned out to be a massive failure that required the Australian government to warn the public about using it, and the new iPhone 5’s widescreen is cool, but nothing nearly as game changing as the Retina displays. The public hasn’t gotten a wild holy hell moment since Steve Jobs strolled onto the floor with the iPhone 4. Maybe this speculation is an attempt to recapture the wild spirit of long gone days when the smartphone was a new toy that was quickly becoming a must have technology like the cellphone and the computer. Or maybe we tech writers really have nothing better to do on a slow news day.

Whether you want to call this the dying breaths of Apple or just a really jaded and spoiled public, can we all agree that most speculation on new iDevices is a wild waste of time? I promise if we stop speculating about devices then I won’t hire a monkey to provide all future speculations on iDevices.