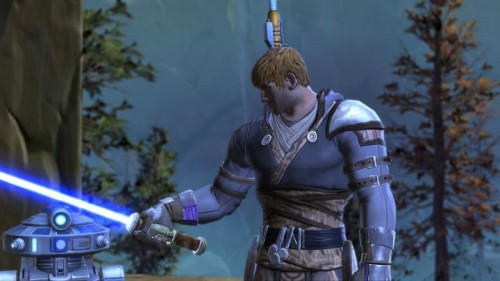 Star Wars: The Old Republic is gearing up for its first expansion. Rise of the Hutt Cartel adds five levels, raising the level cap to 55 and brings a brand new set of story driven mission on a new planet named Makeb. The Galactic Republic and the Sith Empire will do battle against the Hutt Cartel, attempting to keep the power struggle for the galaxy at two major players.

The expansion will cost $19.99 for non subscribers and $9.99 for subscribers. Free to play players who buy the expansion will automatically get upgraded to Preferred Status player. Those who preorder before January 7th, 2013 will receive give days of early access to the expansion. Find out more about the Rise of the Hutt Cartel here.

The Old Republic Grace Period Has Been Reinstated