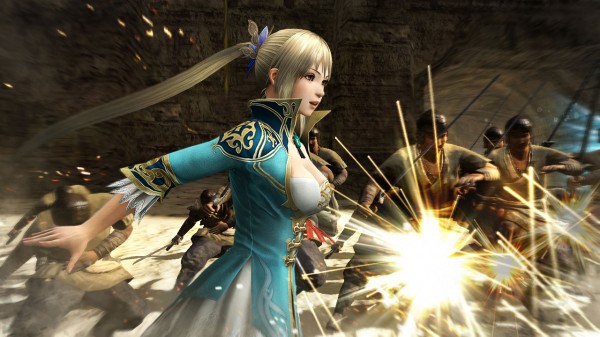 Now that Jump Festa has kicked off in Japan Tecmo Koei and Omega Force have chosen to release an extended version of the first Dynasty Warriors 8 gameplay trailer that was released a couple of weeks ago. Now don’t be confused by the fact that it shows a 7 on the trailer, that is simply due to the fact that Tecmo Koei originally localized a fighting game under the name of Dynasty Warriors, essentially making this version the eighth in the series in the West, but the seventh in Japan.

Currently Dynasty Warriors 8 has only been announced for the PlayStation 3 in Japan, and has a release date of February 28th next year, but it is highly unlikely that the title won’t be making its way overseas and if it does, it likely will be available for both the PlayStation 3 and Xbox 360 at that time.