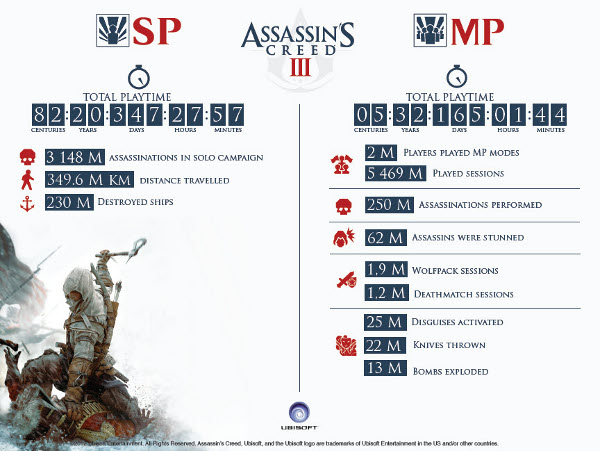 Wondering how much time players have logged into the latest Assassin’s Creed game so far?  Well, look no further as Ubisoft has not only released the information, but placed it into a nifty image so players can find what they want with a glance.  With about 87.5 centuries of gameplay under the collective player base’s belt in single player and multiplayer combined, it looks like Ubisoft has some solid numbers.  While the bulk of play time is definitely in single player, it is also important to note that with more than 2 million multiplayers it more than doubles the number of players from the previous game Assassin’s Creed Revelations.

However, the most impressive number for Assassin’s Creed III is absent from this image as the game has sold more than 7 million copies now worldwide a little more than a month after release.  This makes it the fastest selling game in Ubisoft’s history.  Ubisoft must be pretty pleased with how it has turned out so far, especially with the stiff competition this year and the numbers will probably go up even more after the holidays finish up. 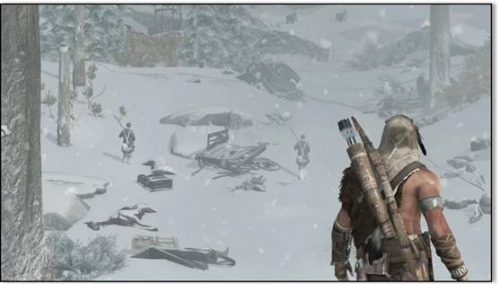