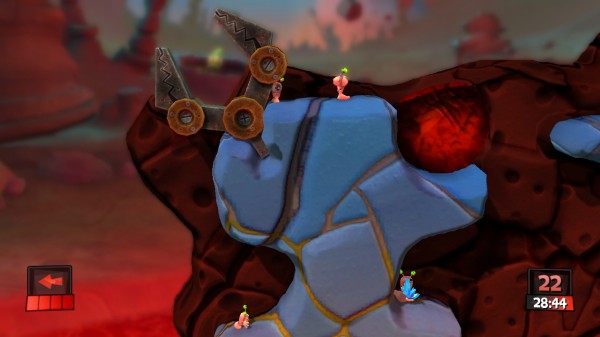 Worms Revolution Mars Pack will be released on Wednesday November 7th, 2012 for $4.99 USD on the PlayStation 3 Network Store, 400 MSP on Xbox Live Arcade Marketplace, and $4.99 USD on Steam. Check out the screenshots with the new weapons in action below.