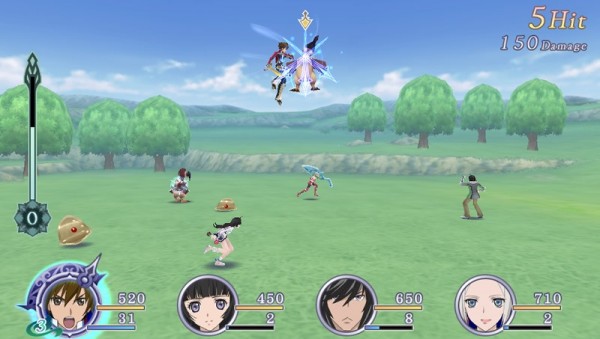 The latest issue of Famitsu has revealed some more details for Tales of Hearts R, including more information about the game’s new Chase Link system, key members of the team and the new character Garad Grinas.

As for the game’s staff, Hironori Naoi is Tales of Hearts R’s director while Ryuji Odate and Mika Murakita are being credited as producers. Garad Grinas is a 45 year old soldier who is a wielder of a Soma and is motivated by the loss of his wife and daughter to the Despir disease. His Soma is an axe-type and can be controlled after it is thrown.

As for the Chase Link system players will be able to continue a combo attack in the air by flying towards an enemy with Chase Link. While you are fighting in the air, one of your ally’s icons may blink and if you tap that icon, they will join in to perform a Chase Cross Attack. To make things even more interesting, the player can also perform a Chase Finisher by holding down the attack button, which happens to be circle. 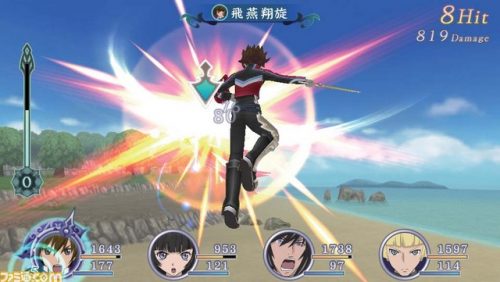