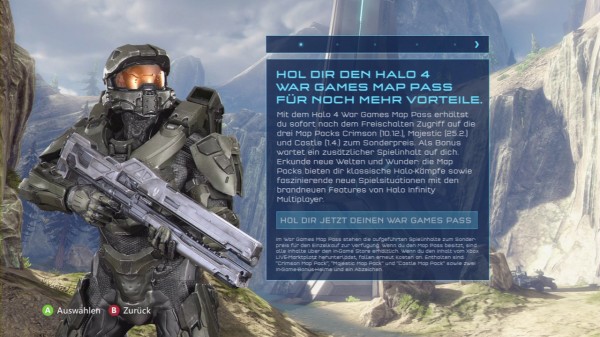 If the above dashboard image is to be beleived, all three release dates for the Halo 4 map packs have been leaked out long before Microsoft would have wanted them to. HaloCouncil discovered this image via a German dashboard ad and on it we see that the Crimson Map Pack will drop on December 10th, the Majestic Map Pack is coming February 25th, and the Castle Map Pack will be released on April 1st.

It is worth noting that each of these map packs will come with three playable maps and you can actually purchase the DLC ahead of time via a 2,000 MSP season pass. Currently Microsoft nor 343 Studios have made a statement regarding this information leak.