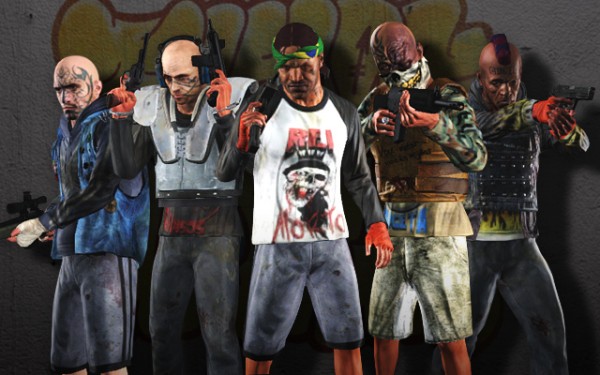 Max Payne 3 Hostage Negotiation DLC is going to feature a bunch of new weapons and achievements for players to enjoy and unlock throughout the course of their play. There is also a new faction coming into play with this game that’ll make for an interesting experience.

These new weapons are the IA2 Assault Rifle and the M24 Sniper Rifle and they each come with their own attachments. There is also a new faction called the Filhos De Ogum which are fully customisable. They are also fully recognisable due to their unique tattoos, accessories and mismatched shoes.

There are also some new loadout items, these are listed below –

The Hostage Negotiation Pack features three new Items that will provide your arsenal and custom Loadouts with even more flexibility and unpredictability for each match.

The new achievements are also listed below –

Four new in-game challenges that add to a list of over 40 unique accomplishments to add to your Xbox LIVE Gamerscore or PlayStation Network Trophy collection.

Perform a 720 spin while prone in the Nightclub

There are also a plethora of new grinds for players to undertake in an effort to gain excess XP. These are also listed below.

Eleven new multiplayer Grinds for you to complete and earn bonus XP.

M24 Tools of the Trade

Kills with the M24

Enemy headshots with the M24

Out with a Bang

Total kills with the Explosives Burst

IA 2 Tools of the Trade

Kills with the IA2 Assault Rifle

Be sure to check out the official site for more info.