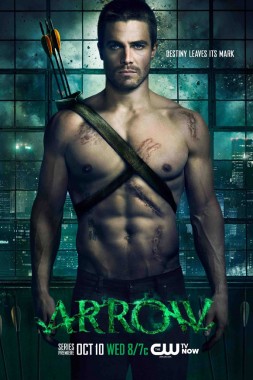 There have been a couple of attempts to create TV shows around superhero characters, the only really ‘successful’ one was Smallville (and that depends on your definition of the word successful). People love their superheroes, but it’s kind of a rare occurrence for that to translate well onto screen, especially the TV screen.

The premiere of the new show Arrow has debuted, giving life to the Green Arrow as a standalone hero. Previously he did have a regular stint on Smallville, but Arrow is certainly no Smallville. Joining the recent trend of making superheroes dark and angsty, there is plenty of storms, furrowed brows, and cryptic statements (as well as a healthy dose of relationship angst and love triangle-ness).

Most people aren’t familiar with the Green Arrow as a hero, apart from the fact that he’s super good with a bow and arrow and wears a green hood. So, the fact that the TV show doesn’t really follow comic canon probably doesn’t matter too much.

Oliver Queen (Stephen Amell) is a billionaire playboy with a secret identity – what is up with all these rich dudes and their urge to go out and play rough and tumble with criminals? They just don’t seem to have enough to do with their time or something. Queen was stranded on an island for five years after his boat went down, taking his father and girlfriend’s sister (who he was sleeping with) with it. So there’s your angsty start.

He returns to Starling city – a crime-ridden, corrupt city that’s being run by powerful and evil men – to right the wrongs and run around in a green hood. At the same time he keeps on playing up the billionaire playboy persona, acting like he used to before he got stranded on the island. It is very Batman-esque, but hey who doesn’t love a brooding vigilante with a tonne of money and a whole bunch of morals.

Except… He’s cool with killing criminals. Well, that’s new, and not something you really see with DC heroes. But at least it won’t result in some angsty moral choice like other heroes have. But, knowing superhero stories, there will be one anyway. 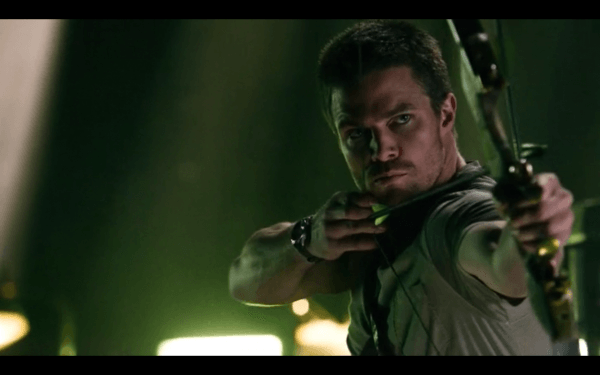 The first episode kicks off what the series will probably be about, with Queen planning to take revenge and dismantle the corrupt core of Starling city. It seems like this is a fairly interesting way to proceed, with an episode-by-episode plan, but hopefully this will develop into a longer story arc.

A few of the characters are references to DC characters, with Black Canary being Queen’s ex-girlfriend/lawyer, Tommy Merlyn being Queen’s best friend, and the Green Arrow’s sidekick Speedy being replaced by his younger sister with drug issues. And then there’s his mother who has a somewhat devious side, creating a bit of mystery about where the series is going.

Arrow is definitely something worth taking a look at if you’re a fan of superhero shows, but aren’t too invested in comic canon.

Make sure you check out the rest of our CC Screen coverage and keep an eye out for recaps of future Arrow episodes.

American Horror Story Out Now on DVD and Blu-Ray 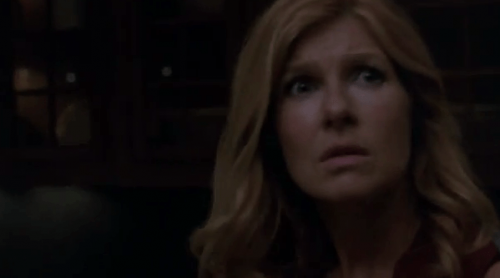 CC Screen: Beauty and the Beast is More Beastly than Beautiful