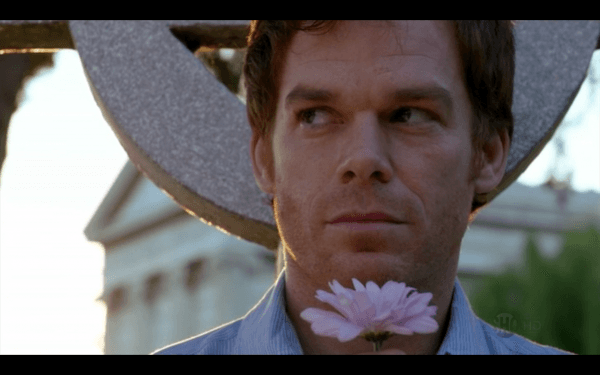 This episode – ‘Buck the System’ – starts with Dexter waiting in line at the post office looking pretty exasperated. We’ve all been there bro. Dexter has been stuck in Debra’s Fort Knox for a while now and he’s starting to feel the pressure, apparently an animal is never more dangerous than when it’s backed into a corner. So much so that he’s started to fantasize about going all serial killer-y on the postal office worker. Well, that’s fair turnaround. He’s shipping off a suspiciously arm-shaped box to Miami Metro, this arm just can’t stay still can it?

Deb and Dexter head into the station for a staff meeting, during which Deb spends a lot of the time staring Dexter down. Masuka notices this and makes his usual comments, which launches Dexter into stabbing him in the throat with a pen. Ouch. Of course the fact that the room full of cops only react with mild surprise and ‘oooh’ tips off the fact that it’s a fantasy.

However, the next scene where he starts strangling a tough suspect who’s giving him lip is no fantasy. Luckily, guard dog Deb bursts into the room and stops Dexter from going any further. Ignoring the suspect’s cry for help as he’s still lying on the ground, she chases him into the narrowest alleyway ever and confronts him.

They have another argument about the power of self control in the narrowest alleyway in the world, and finally Debra agrees to back off a little. But, knowing the Morgans, a little won’t be enough. 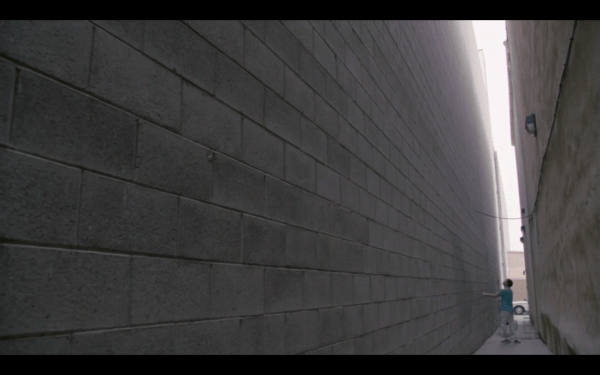 So, given the little bit of freedom that he has, Dexter decides to go on the hunt again and start looking at Ray Speltzer, a nasty guy who has a habit of beating women to death. I don’t think this is what Debra meant when she said she’d give you space Dex.

Dexter is truly back in the game, stalking Speltzer at his gym. He’s not the only one stalking, with Debra waiting outside the gym and calling him to check up. Seriously, these Morgan kids and their inability to keep their promises.

Back at the station, and look Quinn has a visitor, and guess what? It’s the stripper from before. What is up with Quinn and women, he always seems to get the wrong ones in his crosshairs. She’s fishing around for some information for the Brotherhood regarding the bracelet (the one that Viktor strapped to himself after leaving her body in the trunk). And Quinn, thinking with his nether region as always, gets a date with her. You’d think a well-off, decent looking cop in Miami could do better than a stripper with a questionable past and connections, but he’s never known how to pick them.

The stripper debriefs the Rich Brotherhood Leader while he tells her a story about how he killed his music teacher because he got an F. There’s a man who knows how to take bad news well. He suggests she get closer to Quinn and get as much information out of him as possible. Knowing Quinn, that will be pretty easy. 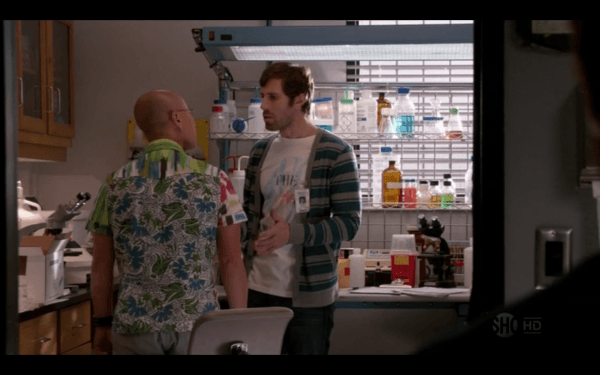 The Miami Metro forensic department has received an extra special package; damn that postal service is efficient. Oh, hey what a surprise, it’s the Ice Truck Killer arm. And looking even more fake and hollow than usual. It also includes a letter insinuating that Louis had the arm and sold it. With that, Louis is fired. Boom, bitch.

Wayne Randall’s (the serial killer who suicided on the highway at the end of the last episode) mother comes into the station to drop of a bag of memoirs that Wayne gave him before he was arrested. Looks like this means more digging out by the highway for the department.

What was that Dexter said about backing an animal into a corner?

Debra follows Dexter again, this time to a bar, and Dexter – well aware that he was being tailed – invites her in for a cold one. He then points out Speltzer and tells Deb that he thinks Speltzer is getting ready for another kill. Based on the fact that Speltzer shaved his head. Now, in Dexter I trust in all manners killer-y, but the reasoning is a little bit flawed. So, in typical Debra fashion, she explodes at him and reiterates that the law is there for a reason. Yeah, this argument isn’t going to resolve itself anytime soon.

Debra: This is done.
Dexter: [voiceover] I’m not done with Speltzer.

So Dexter continues to stalk Speltzer, finding that Speltzer has a special little mausoleum that he likes spending a lot of his time in. But, before he can investigate further, Deb calls him into the station for a job. 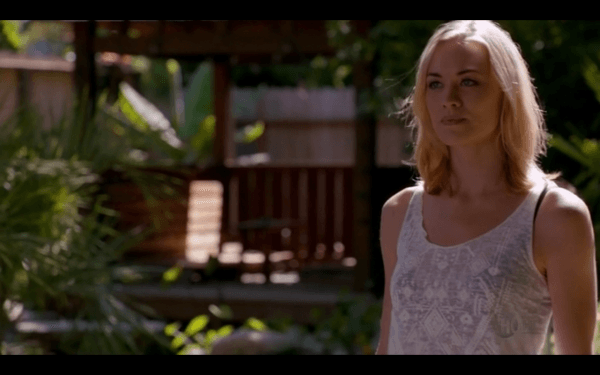 Dexter and Batista are sent to question Wayne Randall’s old girlfriend, Hannah McKay. Aww hey Sarah! You’re looking well. It kinda hurts to not see you being a kick ass secret agent making goo-goo eyes at Chuck, but happy to have you back on my screen. They question her a bit more about her ex’s killing spree, and Dexter takes a cheek swab DNA test – one that he screws up because looking into those blue, blue eyes throws him off. Her expression goes flirty and Dexter bolts. I never knew inserting a Q-tip into someone’s mouth could be so sexual, but putting it that way I can see it now.

Not sure how this is going to turn into a season guest pass for Strahovski, but I admit I’m curious.

Meanwhile, the Brotherhood has used the bracelet to track where Viktor ended up, including the exact marina and boat slip that was used. Damn, technology, when you’re used as a plot point you are super powerful aren’t you? 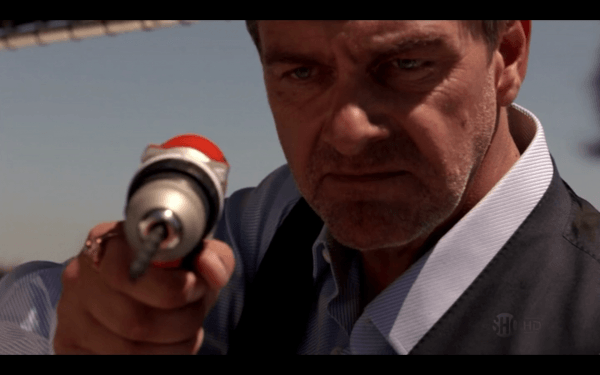 They run into Louis, whose revenge scheme apparently includes sinking Dexter’s boat. At first he pretends its his boat, which gets a power tool held up to his eye (and me cheering), but then he caves and tells them it’s Dexter’s boat. And gets his head blown off. Something about the way the camera zooms in on his blood droplets screams future trouble, but that’s for later, now we celebrate that Louis has bit the bullet! Sure, he was never much of a threat, but he was damn annoying. Plus, he calls Dexter a ‘ginger freak’. Asshole. 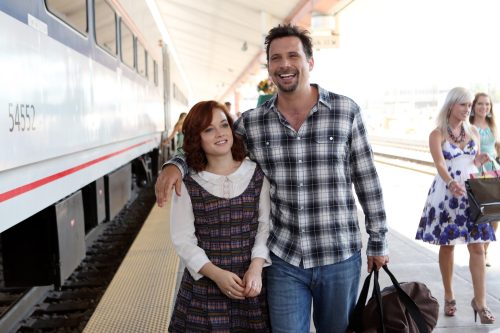 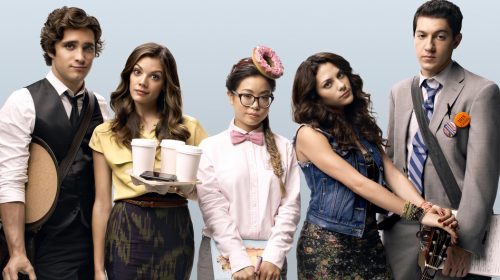