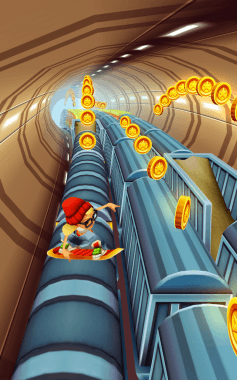 25 million downloads must mean something is good down in that subway! Android users can now get in on the fun with the release of Subway Surfers to the Google Play store. You’ve been caught tagging in the subways and now you gotta run from the inspector and his vicious pitbull! Players will need to dash and dodge oncoming trains as their ride their hover board. Remember to pick up power ups and coins as you surf the rails. Players are even able to create their own graffiti crew and challenge friends on the leader board. Subway Surfers is a free download on the Google Play store here.