The Museum of Contemporary Arts isn’t a venue where one would expect video games to be the centre of attention. Alas, yesterday saw that as Sony Computer Entertainment presented the 2012 Playstation Playground. The Playstation Playground showcases the most anticipated titles from Sony and third party partners. This year, Sony showcased the upcoming summer collection, as well as titles that will head to Australia in the first quarter of 2013. Included in the lineup of games was the impressive Playstation All Stars Battle Royale, the intriguing concept of Wonderbook and a healthy dose of God of War Ascension. The Vita also had its fair share of games, including Sly 4: Thieves In Time, Playstation All Stars Battle Royale and even a few third party offerings.

Before the games were sampled, the business side of things had to run its course. A presentation, headed by Playstation Managing Director Michael Ephrain, was conducted; highlighting both the first half of 2012 as well as what is to come in the next half and beyond. A few already announced details were taken care of, like the Playstation Plus coming to Vita in November and Playstation Mobile coming in October. The Playstation team were proud to say they were number one in console sales in the first half and revealed that the hardware/software attachment rate for the Vita equalled that to the Playstation 3, which was seen as a positive. The presentation did not reveal anything new, unless the reveal of the Super Slim PS3 is considered new. 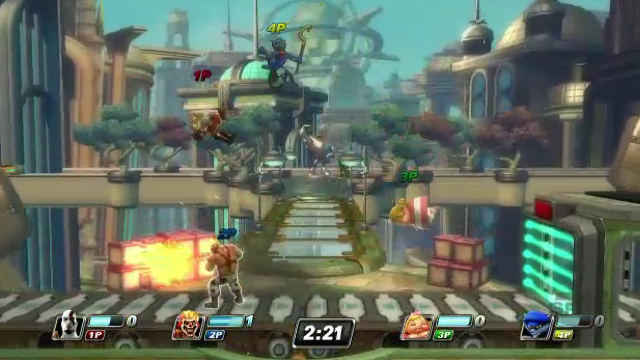 First up, after the presentation, it was time to try out a game that has had heads turning for quite some time. I talk of Playstation All Stars Battle Royale, a game that gets ridiculed for having a similar design to the competition. Knowing the excitement that has been building upon playing this, the first thing I notice is in fact there were two Playstation Vitas next to two Playstation 3 controllers. Yes, Playstation All Stars Battle Royale is not only a celebration of the Playstation brand; it is Sony’s golden child when it comes to the Cross-Play initiative. Anyone who owns both the Playstation 3 and Playstation Vita will be happy to know that Cross Play is seamless, lag free fun. The Vita version is exactly like its PS3 counterpart. The smaller screen does not affect the battle at all, with the camera perfectly. Both versions also feature tight controls. The only complaint would be pulling off super attacks on the Vita version. There are two methods: rear pad and L+R at the same time. At times, during a tense situation, this would not work as well as it should, as I would either hit L or R first before the other. Outside of that, the Playstation world is about to enter a battle royale. Expect it in November.

At the back of the room, the Vita was proudly displayed, with games that will impress any Vita owner. One such game that caught my attention was Sly 4: Thieves In Time. As soon as my eyes met the game, I noticed how well the visuals suit the Playstation Vita. Despite the level I had tried out (it was a dark underground level), the visuals were still eye popping. They also look like as if they were taken straight from the Playstation 3. The gameplay brings back the classic 3D platforming of Sly Cooper. In this particular level, one of Sly’s ancestors took centre stage. This ancestor, Sir Galleth Cooper, fought with his own variation of Sly’s hooked weapon. He is also capable of latching on handles and propelling upwards to reach higher places. A secondary character takes over after Galleth is eaten by a mechanical dragon. This particular character uses a pistol to shoot the flamethowers from within the dragon’s mouth. The Vita version has the potential to be a great title for the Playstation Vita. 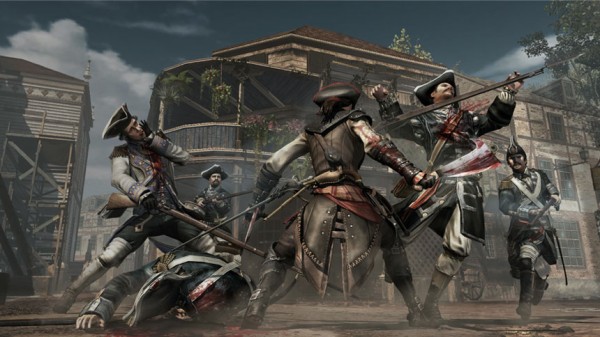 The next Vita title I tried out was FIFA 13. Now, I did try out the Playstation 3 version only last week and I was quite happy with it. The same can be said with FIFA 13 on the Vita. For those who have FIFA Football, the first FIFA game that came to the Vita (FIFA 13 will be the second football game in the series), then the game will play a little similar to that, except for some of the new features that are being implemented in the console versions. The visuals do look good and the menus are a mix of FIFA 12 and FIFA 13. Again, I was limited in the amount of time I played, as I was checking out some other games, but definitely check FIFA 13 Vita out if you love taking football/soccer on the go.

The last title I was able to try out was Assassin’s Creed III: Liberation. Liberation (or Lady Liberty in Japan) features the first playable female assassin in the series. She is Aveline, the young protagonist of African-French descent. In this playthrough, Aveline is starting out her training. This is in the woods of Louisiana. This particular section showcased the parkour influences in the movement of Aveline. She can traverse through the woods using the trees and branches surrounding it, bringing in a staple for the series. The movement is quite fluid in terms of animation. The visuals are excellent. Any video of the game one sees will not do justice. The environments were clean and the character models were highly detailed. While my time on the game was quite limited, I do have to say that the team behind it are on the right track with it.

Overall, it was a Playstation Playground that was quite unmissable. The games that were showcased all have the potential to be big sellers, whether it is for the fighting fan or someone who loves their sports. While it was disappointing not to see a playable code for both the Last of Us and Beyond Two Souls (there was rumour that there was a chance for a playable demo of The Last of Us, but it wasn’t made in time), the playable demos that were offered were excellent in their own right. The Vita does have an excellent lineup of games for various gamers, such as FIFA 13, Sly 4 and Playstation All Stars coming within the next six months. 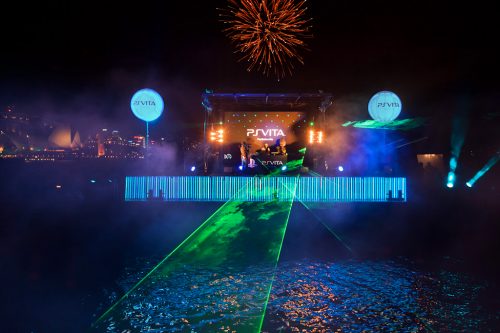