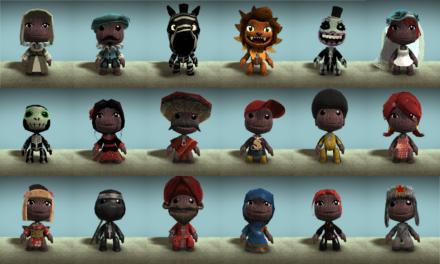 Not all the costumes will be cross compatible right away, but they plan to make them available eventually. Unfortunately, the only costumes that won’t be available for LittleBigPlanet Karting are the Ezio Auditore costume from Assassin’s Creed 2, and the April Fools Fragrance costume from Hessian Sackboy Fragrances.