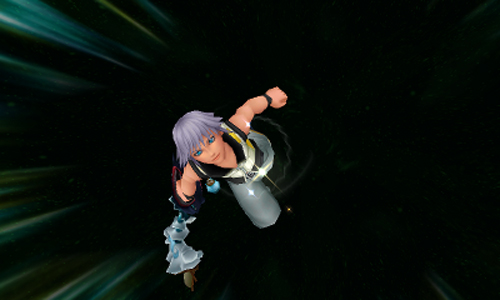 Square Enix’s Kingdom Hearts 3D, also known by its much more complicated name Kingdom Hearts 3D: Dream Drop Distance, has hit store shelves today and with it comes a launch trailer similar to the one that was released back when the game hit shelves in PAL regions.

Kingdom Hearts 3D features not only Sora as the main protagonist but also Riku as they take the fight to the dream eaters with new flowmotion combat and attacks. Along the way they’ll meet new types of dream eater and even spirits which will help them fight against the nightmares. Players will also be able to experience a number of new worlds such as Pinocchio, Fantasia and TRON.

Kingdom Hearts 3D: Dream Drop Distance no longer a dream in US and Europe next year