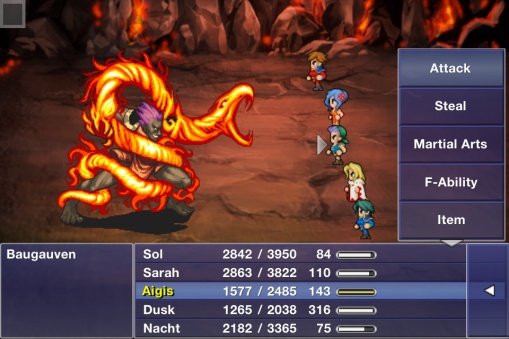 Square Enix has always had some of the most expensive iPhone apps out their with most of their Final Fantasy ports on the iOS handheld costing $9.99, a very high price compared to nearly every other game on the iOS store. Well, it seems that Square Enix’s Final Fantasy Dimensions will run you the cost of a decent Nintendo 3DS title if you decide to buy the whole thing.

Those who wish to buy the whole app at once will have to pay around $29 which is a small discount compared to their separate cost of $34 according to Japanator‘s calculations. While it is certainly up to the publisher to set their prices, this is a very steep fee to charge on a device known for its cheap apps that even contains cheap and lengthy RPGs.