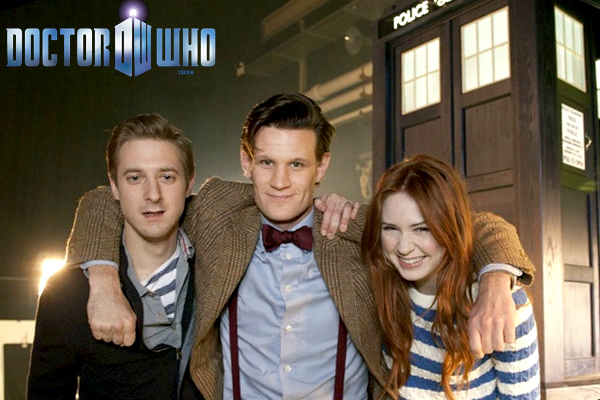 With September less than two weeks away, the air date for Doctor Who series 7 has been announced.

As previously reported, Doctor Who Series 7 episode one will showcase the comeback of the Daleks in Asylum of the Daleks , who haven’t been seen on the Doctor Who screens since the end of Series 5. In a series of twitter announcements, the Doctor Who twitter, BBC America Twitter, and ABC twitter have announced their respective air dates for this much awaited first episode of the Series 7.

BBC America has also announced the air dates of the 2 subsequent episodes, Dinosaurs on a Spaceship and A Town Called Mercy, as a part of their “Supernatural Saturday” line up.

In conjunction with the premier of Series 7, the BBC is also releasing a series of web adventures titled “Pond Life” to premier online on August 28. It is a 5 part adventure with The Doctor, Amy Pond, and Rory Williams, and will be tiered throughout the week daily, counting down to the UK Series 7 premier.
Denizens of Australia, I hope you can stay away from the internet for a week as you wait for Asylum of the Daleks to air on ABC1.

Get Your Tickets to Whoniverse and Meet The Doctor!