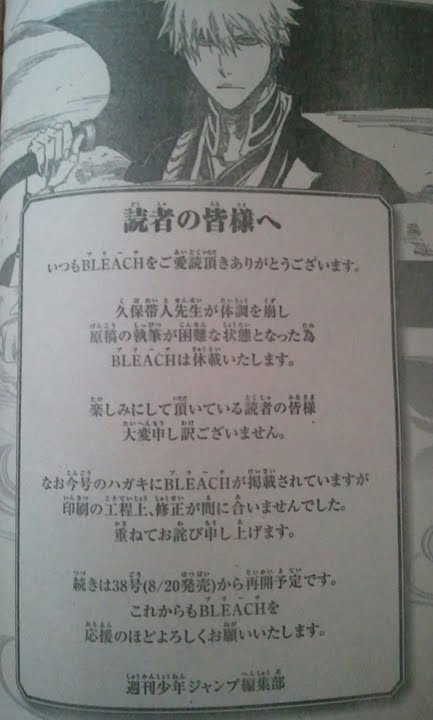 If you were concerned about the fact that there hasn’t been a new chapter for Bleach appearing in Japan or anywhere else, well there is a good reason for the missing release. Today it was revealed on the Japanese website Yaraon that due to some issues with Tite Kubo’s health, he has momentarily put the manga on hiatus.

To recover from his sickness he is expected to take a few weeks off from the manga, though it is expected that he will be returning with a new chapter around August 20th. With Bleach in its “final story arc” it is certainly an unfortunate time for Kubo to fall ill, however the author’s health is obviously top priority and we wish him the best of luck with his recovery. 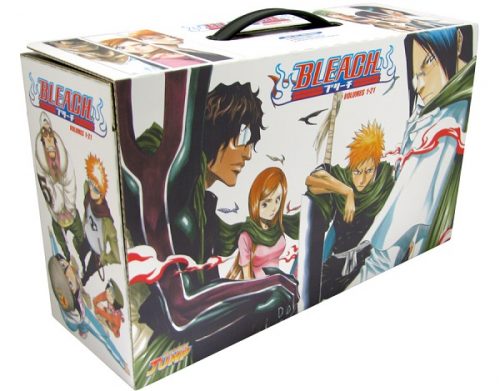